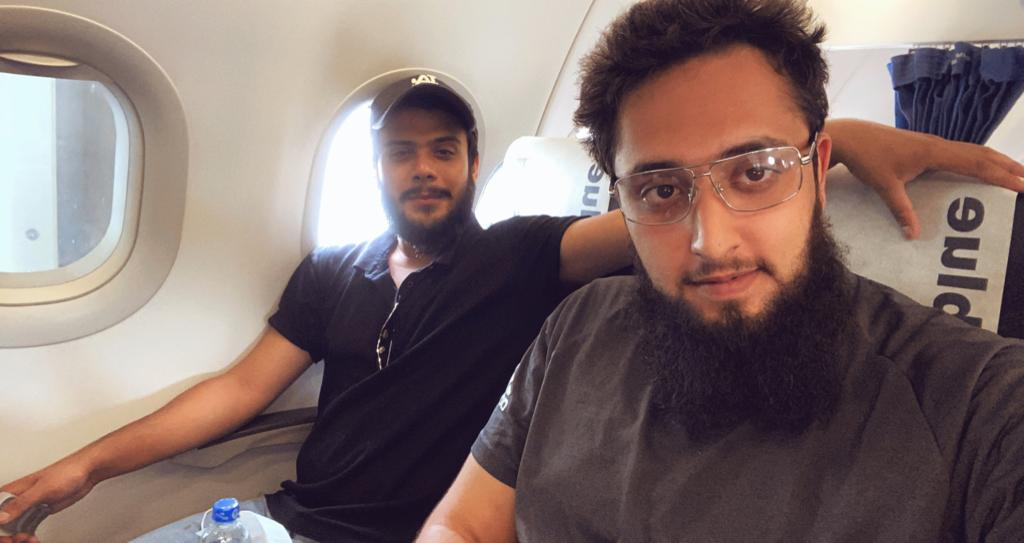 The BIG. Ventures aim to work in all fields related to the blockchain and come up with innovative ideas where this technology is used to integrate the real world with the digital world. Our first project is a charity where meaningful NFT sales will be used to benefit underprivileged and deserving people from third-world countries.

The BIG. Ventures is a group of young, smart, and aspiring individuals who believe from the depth of their hearts that their hard work can change the world for the better.

Big. Ventures are working in different fields of blockchain.

They are using their extraordinary skill set to improve and innovate the existing technology working in collaboration with some of the biggest companies in the world.

They are also using the power of blockchain and the capital potential of NFTs in their social work projects like NUDA (NFTs for Underrated and Deserving Artists) and NFT Charity.

What is an NFT?

NFTs are artworks in digital formats like images, videos, text, or audio registered by the author or artist as a Non-Fungible piece (not exchangeable, rare) on a blockchain ledger (similar to cryptocurrency) all transactions after the registration are recorded and public. Because no one person or entity controls the Blockchain, no one can make changes in the earlier records.

Let’s break down how they became the most innovative and successful NFT & Blockchain Entrepreneurs? 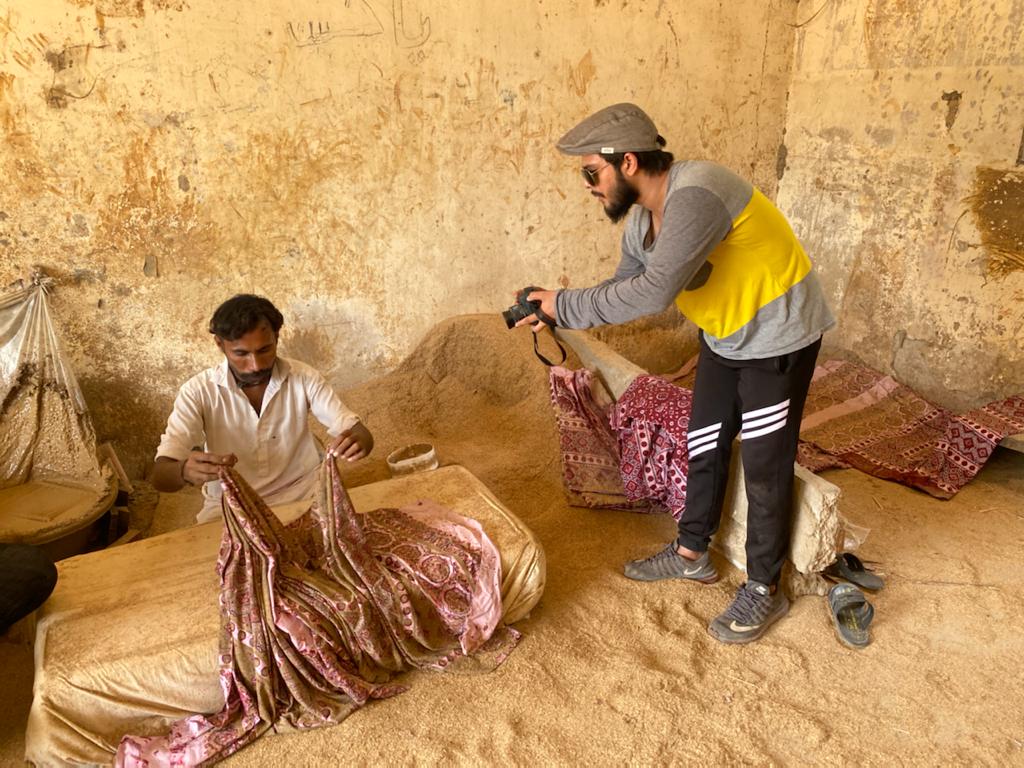 Abubakar Lala started his career at the very young age of 14 where he started by creating websites for clients to make a small income. Then in 2016, he decided to pursue his second passion and he opened a small food cart starting from a mere 150 dollars turning the business into a million-dollar one within 2 years.

His first interaction with the blockchain world was then when his restaurant became the first restaurant in Asia to accept bitcoin as a mode of payment. Alongside all of this he had another urge to help people in need thus he worked and volunteered for several welfare organizations working for flood affectees and terrorism stricken IDPs (Internally Displaced Personal due to the political instability and terrorism in the central Asian region).

In the first month of 2021, he came across something called NFTs and ended up buying a rare art piece for $500 which he sold 3 months later for a staggering $20k. After more research into the concept, he found out that he found the holy grail. He could not only combine all his passions in one company but could also create one of the biggest companies in the world that would positively impact his life and the rest of the world.

He started looking for a like-minded partner who had the potential and vision that he was looking for and after several lengthy meetings and interactions, Ammar Haider (a professional campaign architect and visual artist) was on the team. Thus The BIG.

What is The BIG. Ventures?

The BIG Ventures: Blockchain Innovation & Goodwill. As the name suggests they work to Innovate and improve the existing Blockchain technology and use the affiliated Goodwill of NFTs to benefit the neediest people in the world.

Their innovative projects are revolutionary from DIPHY (Digital, Physical Integration) that aims to make the world like it is in Sci-Fi movies like ‘Ready Player One’ to working on the fastest, cheapest (almost 0 gas fee) and easiest to use all-in-one (crypto, nft, fiat, stocks) exchange and wallet in the world.

And with their Goodwill projects they are working for the most poverty-stricken parts of the world with projects like NFT Charity and NUDA (NFTs for Underrated and Deserving Artists) where they are using the skills of needy but deserving artists to generate capital to help them create a sustainable income and artisan economy for third world countries like Sierra Leone, Pakistan, and Ghana.

As stated by the CEO and Founder, M. Abubakar Lala “I believe that blockchain has the potential to resolve major world problems and we are here to prove it.”

They are working towards becoming those who benefit from blockchain technology by figuring out ways for it to benefit the world. They work on several projects with welfare organizations across the globe on problems such as scarcity of water, malnutrition, poverty, terrorism, and political instability. 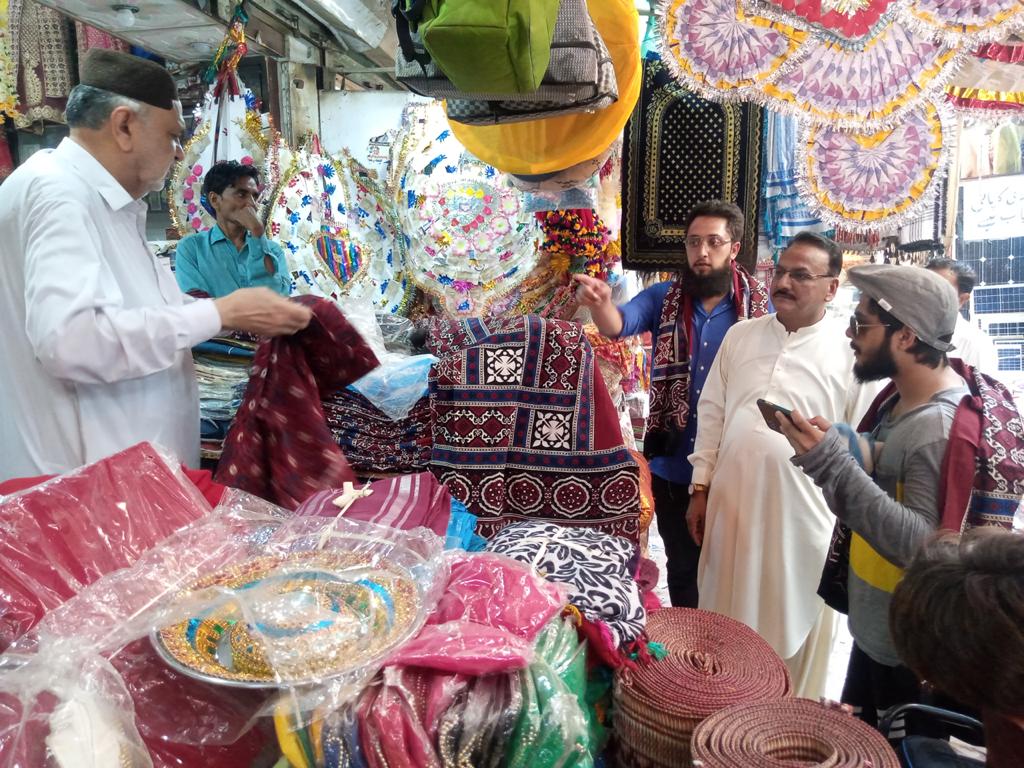 The Infinity NFT collection is the first of its kind that will be used to fund the expansion of The BIG Ventures. Thus, for the first time in history, eliminating the need for Investment raises Angel investors and crowdfunding.

Rather the purchasers of NFTs from this collection will become members of their exclusive closed group, The BIG. Partners where each partner will be able to realize benefits worth a Million dollars in a lifetime in the form of NFT giveaways, special discounts in future projects, and products, and exclusive opportunities to collaborate with The BIG Ventures in their future endeavors. Even though the part of the collection where it becomes the most lucrative investment is tempting, the cause is even greater.

The collection features what might be the most ancient fabric art still authentically present today. AZRAQ art. The Azraq cloth is known to be used by the earliest Kings known to men like King Tutankhamen and Alexander the great almost 3000 to 4000 years ago.

The art is still practiced in suburban parts of Sindh, Pakistan but the artists hardly survive over the income being several points below the international poverty line.

The process to prepare one art piece takes 7 days and 27 steps benefiting from all elements of nature and those who are still holding on to this labor-intensive practice are holding on with a cultural and religious motivation of preserving their history and identity.

The Infinity NFT collection will truly be life-changing and it seems that they do not need a miracle to succeed, they are already making it to the top, the world just needs to tag along.