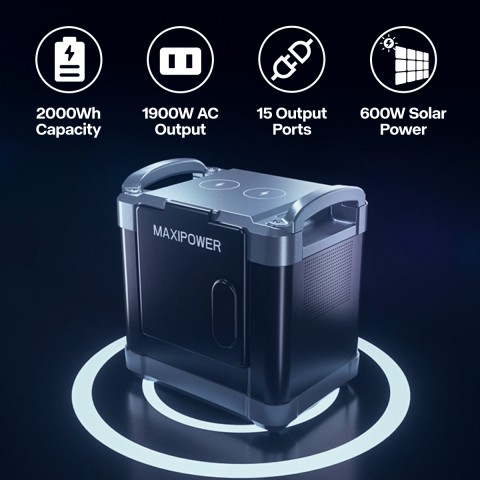 California, 23 Sep 2021, ZEXPRWIRE, Maxipower is thrilled to announce the launch of its versatile power station – MAXIPOWER P1 on Indiegogo. Maxipower P1 is a super portable power station that was made to strengthen every element of power generation.

When it comes to power, one cannot compromise on its importance. Individuals and families can easily be in dire situations that need power immediately. Situations such as a weekend backyard party that requires a simple way to charge over a dozen devices, including heavy-duty appliances or in cases of storms and or wildfires. These times require convenient power storage solutions to replace traditional gas generators.

Maxipower P1 is bridging this gap through the creation of a super-portable power station that strengthens every element of power generation including portability, power, quality. It is an all-in-one power station that is perfect for use at home, parties, camping, tailgating, and as an emergency power backup. Devices such as laptops, drones, mini-fridges, and projectors can all be powered with Maxipower P1 for a prolonged period. Maxipower P1 also supports dual wireless charging. 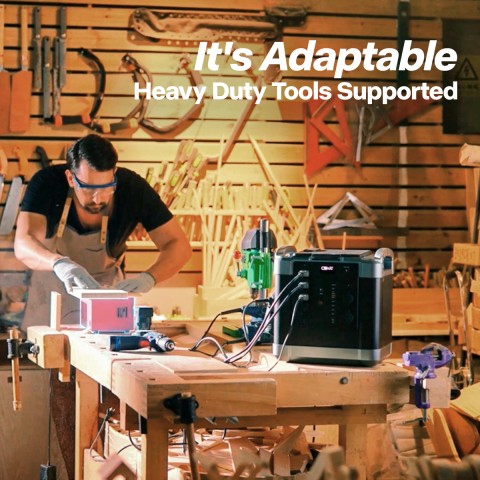 With Maxipower P1, users get to enjoy an AC output up to 1,900W, which can be expanded up to 3,800W with surge capability. This allows for powering a wide range of electronic devices including hairdryers, microwave, washing machine, coffee maker, and so on. Maxipower P1 also comes with 2000Wh high capacity.

The versatile power station is designed for portability and offers users power security and independence, wherever they are. Maxipower P1 comes at an affordable rate with secret perk that starts at $699. This means users can also lower their electricity bill with Maxipower P1 as well as enjoy green energy. The manufacturers of Maxipower understands that safety is of utmost concern which is why Maxipower P1 comes with a built-in battery management system. 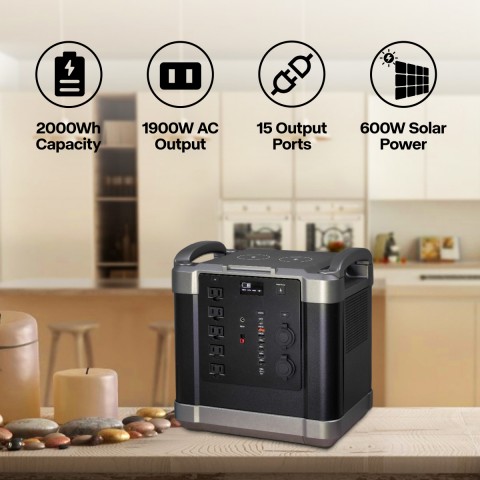 With Maxipower, users are assured of getting flexible ways to recharge in addition to an eco-friendly and ultra-fast Solar recharge power at up to 600W.