Where in the world is Marjorie Taylor Greene? billboard to be installed 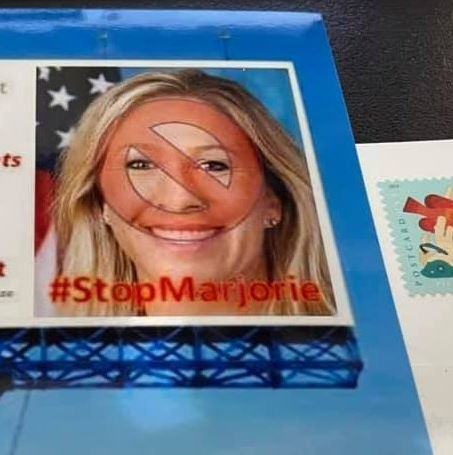 Georgia, 28 Sep 2021, ZEXPRWIRE, A billboard is set to be installed in the rural district of Republican Congresswoman Marjorie Taylor Greene.

The billboard – which is to ask ‘Where in the world is Marjorie Taylor Greene?’ – will go up in mid-October amid ongoing criticism towards the controversial representative for Georgia’s 14th congressional district.

It will also offer a stark message saying ‘Your neighbors are dying!’ and urge people to call the politician to ask her why she does not trust vaccines.

“It is clear that two-faced, deplorables like Marjorie Taylor Greene and Barry Loudermilk next door only care about their own and their rich donor’s interests.

“It’s well past time to Stop Marjorie and Bounce Barry… put them out of office like Kemp and other Republicans who have lost recent elections!”

The United States remains in the grips of the coronavirus pandemic, which has caused devastation across the nation.

One factor for this is due to vaccine hesitancy. People’s decision to turn down the vaccine has resulted in many preventable deaths and is partly down to the misinformation spread by shameless politicians. 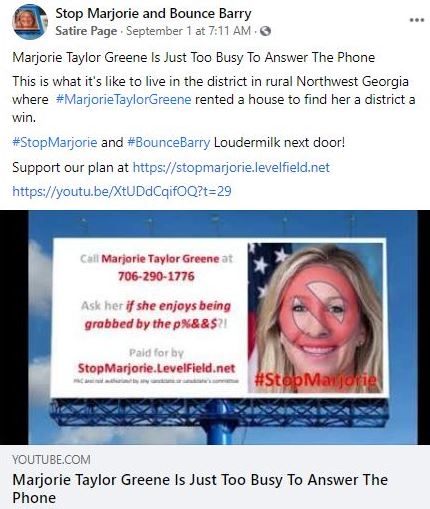 They must stop politicizing the pandemic, these actions are tragically costing lives and need to be brought to a halt.

This is not the time for politics – each citizen has a duty to play their part in the battle against Covid-19.

America can, and will, overcome coronavirus. But the pandemic has shown that, during times of crisis, having politicians that use public office for personal gain will deliver catastrophic consequences.

Let’s get these people out of office – vote out Greene and Loudermilk.

The billboard is being paid for by https://stopmarjorie.levelfield.net and https://www.indivisiblega11.com .

The post Where in the world is Marjorie Taylor Greene? billboard to be installed appeared first on Zex PR Wire.