NewsAlarmsGlobal Trends and News
BlockchainLitecoin Review 2020: All you need to know about...

Litecoin Review 2020: All you need to know about Litecoin 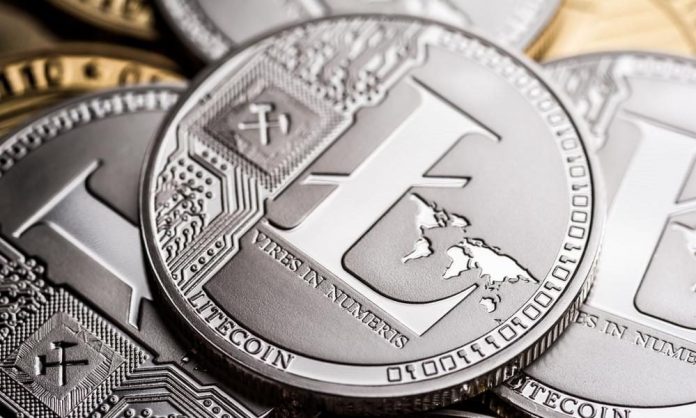 Litecoin – The Silver of the Crypto Economy

Litecoin is to Bitcoin what silver is to gold. If you’re looking for one of the top-tier currencies that’s affordable and widely-used, then LTC is a great option. All the cryptos following in the wake of Bitcoin have some unique innovation about them that defines its utility and value in the market.

With Litecoin, it comes from the use of “scrypt” code instead of the SHA256 proof-of-work running the Bitcoin protocol. As a result, Litecoin is faster, and transaction times are quicker. Litecoin never reached the stratosphere of the top of the altcoin list, but it did get close a few times, and it has an impressive cult following.

Let’s unpack everything you need to know about LTC.

As mentioned, Litecoin is a cryptocurrency running on the scrypt protocol. The coin is the brainchild of Charlie Lee, who developed a cult following to his vocal personality on social platforms like Twitter. Launched in 2011 as a challenger to Bitcoin, it took Litecoin just 2-years to reach a market cap valuation of $1-billion in 2013.

Until the release of Ethereum, LTC was the preferred second choice for crypto heads around the world. However, the glory does not come without scandal. In December of 2018, at the peak of the Great Bitcoin Bubble, Litecoin creator Charlie decided to sell his entire LTC fortune for USD.

This move by Lee came as a surprise to his cult following. Up until as soon as a week before selling his fortune, Lee was saying that he was still “HODLing.” He intended to hold through the move to the moon by Bitcoin that was driving the entire crypto sector higher.

Lee never released the total sum of USD he received for selling out his fortune, and his fanbase, on December 20. However, his response was reasonable. Lee claimed he was selling his LTC to avoid a conflict of interest with the company, should there ever be any negative PR against him.

While the explanation did carry some weight, many crypto enthusiasts find it suspicious Lee sold at the top of the market. Above all, he sold his dream of starting a new world currency – for US Dollars.

The key difference between LTC and BTC – is the block time. With Litecoin, miners create blocks every 2.5-minutes, making the LTC network a lot faster than the 10-minutes required by the BTC protocol. Litecoin also aims to try and improve upon Bitcoins’ problems of slowed transaction times.

The frequent block creations along with a segregated witness, and the Lightning protocol, Litecoin can support large transactional volumes, without any delays to transaction processing times. This feature makes it ideal as a payments-based coin that has the potential to rival Bitcoin in utility.

However, Litecoin doesn’t have the same notoriety as Bitcoin. With a market cap of just over $3-billion and daily volumes of $4.3-billion, Litecoin is far behind Bitcoin in terms of liquidity, market cap, and volume.

What are the Features of Litecoin?

However, while Litecoin is still behind Bitcoin, Ethereum, XRP, and other cryptos, it’s still in the top ten. There are some aspects of LTC that remain appealing to crypto investors. The current market cap has plenty of liquidity due to the number of coins available. LTC will keep mining until it reaches a maximum limit of 84-million coins.

Litecoin offers fast confirmations on transactions, with lower fees than using the Bitcoin network. Litecoin is also one of the few cryptos that have ATM functionality at a variety of locations throughout developed markets like the UK and the US.

How Do I Buy Litecoin?

You can purchase your LTC through regulated or unregulated exchanges all over the world. However, if you’re an American citizen, and you want to get your hands on some LTC, you’ll have to use a regulated exchange. A regulated exchange complies with all the KYC and AML policies set by the American government for financial transactions involving USD.

What are the Recommended Exchanges for Trading Litecoin?

Therefore, if you want to trade your USD for LTC, you’ll have to use a regulated exchange like Coinbase or Kraken. Coinbase will let you pay with wire or bank transfer, as well as a credit card. Kraken only allows for USD deposits using credit cards. Both exchanges require you to submit KYC documentation, such as a photo ID and a proof of address.

The CEO of Microstrategy , a software and mobile...
Blockchain

Definitely, the founder of Twitter, Jack Dorsey, is increasingly...
Blockchain