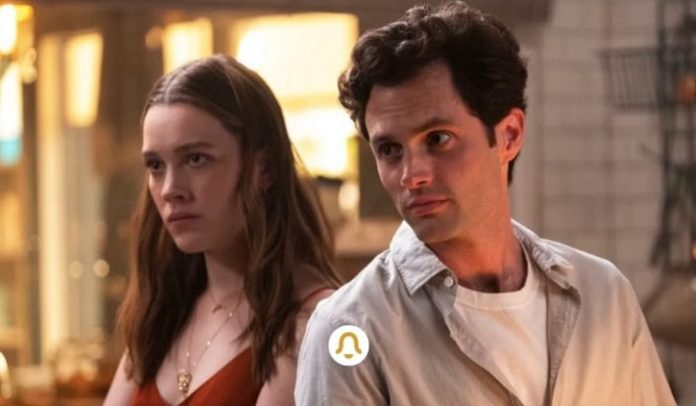 On Tuesday, January 14, Netflix confirmed the third season of ” You .” The fiction starring Penn Badgley received a significant tax incentive to boost the production of its next installment, where Joe will have to overcome new problems, in addition to going after a new obsession.

As Deadline shared, the state of California injected US $ 7.2 million into the potential third season of “ You ”, although the same site noted that this budget does not necessarily imply that the renewal is assured, since the help was requested by Warner Horizon and Berlanti Productions, studios in charge of the development of the show, and not by Netflix , finally the series was renewed.

In addition, the impressive data registered for the first season, which brought together 40 million households during its first four weeks on the platform, are a more than considerable guarantee when it comes to trusting in the good reception that the second installment would be receiving.

See you soon, neighbor. YOU S3 is coming. pic.twitter.com/rCJx7K9v0P

In January 2019, the showrunner and co-creator of the fiction, Sera Gamble, told Cosmopolitan UK that she was already thinking about what the third season of the show would be. Gamble acknowledged that she would be willing to work on a third installment of ” You “, as long as it receives the approval of the streaming platform.

The same production company pointed out that the writing team has “an idea for the third season and they are very excited. They can’t stop talking about this idea every day in the writers room, so I keep my fingers crossed. ”

When chatting with Entertainment Tonight about the transformation of Love, Joe’s latest love interest, between the beginning and the end of the second installment, Penn Badgley accidentally revealed – if you can take his words seriously – the making of the third installment of the drama.

After blundering, the American actor pointed out that “technically I cannot (announce the renewal) … I mean, unofficially?” His nerves, of course, were more eloquent than himself.

WHAT WOULD HAPPEN IN SEASON 3 OF “YOU”?

At the end of the second installment of ” You “, it is revealed that it was Love who murdered Delilah, so when Candace tried to save her from Joe only found death. Love explains to ‘Will’ that while he was only seeing the fantasy of a perfectly imperfect girl, she saw the real Joe and went after him to start the family she so longed for.

Love’s plan to get out of the situation was to blame Ellie for Henderson’s death, send the best attorney in the Queen family to free her and make the authorities believe that Delilah committed suicide.

As Joe tries to help Ellie escape from it all, Forty confronts his sister and tells her that he knows the truth and what she is capable of. Desperate, Forty draws his gun and points it at Joe’s forehead, but the gunshot that is heard does not come from his pistol, but from an officer who was watching Ellie and who entered the scene to avoid a “tragedy.”

In the end, Joe seems to have found his soulmate in Love, who is pregnant. But a new obsession comes into his life, a new neighbor, who would ultimately be Joe’s victim in the third season of ” You ” or, perhaps, of Love.

For now, the son of Love and Joe could change the dynamics of the Netflix series . plus, there are several loose ends: will the real Will return? Will Ellie find out the truth about her sister’s death? Who is the mysterious woman who has become the new everything for Joe? Is it someone from your past?

In an interview with Entertainment Weekly, Penn Badgley said that the twist in the story left him quite “downcast”, although he later realized that it was a perfect ending. “It was a revelation for me. When I found out where it was going, I was a bit dejected, because, selfishly, I wanted a more positive resolution. But just like when Beck died in season one, I realized that it was the most accurate and thoughtful reality. The most responsible thing was to say, ‘No, Joe can’t have that (happy ending).’

“They told me (about love) before the second season started. The twist that really got me was when Joe immediately started hating her for being like him. But of course that makes sense. It’s much more psychologically sound, because that’s the trajectory. Hate is only equal to hate. Violence only equates to violence, ”added the 33-year-old actor in a dialogue with TVLine.

For the actor it was a “perfect ending. It’s the way it has to be because he has an irreparable problem and if it had only been, ‘they were made for each other and all I needed was to find someone who would also kill people’, that would not have been justice ”.

TRAILER OF SEASON 3 OF “YOU”

The third season ” You ” does not yet have an official trailer.

Definitely, Penn Badgley will return as Joe Goldberg, the protagonist and narrator of the fiction. Considering how the story turned out, Victoria Pedretti will also return to play Love Quinn.

Although Dr. Nicky (John Stamos) appeared for a few minutes, he now knows Joe’s true identity and could change his mind about leaving everything to divine justice, so Stamos could also return.

Even the real Will (Robin Lord Taylor), who appears to be Joe’s only friend, could be part of the next installment of ” You .”

At the end of the second season, Ellie Alves (Jenna Ortega) left to start a new life, but having information about the Quinn family, the truth about Henderson (Chris D’Elia) and Joe’s money, could be key in the new episodes.

WHEN WILL “YOU” SEASON 3 RELEASE?

The third season ” You ” does not yet have a release date on Netflix , but it is most likely that the new episodes will arrive on the streaming platform in December 2020, as well as the first and second installments. What day exactly? On Saturday December 26 if the logic of the previous deliveries is repeated.

Share
Facebook
Twitter
Pinterest
WhatsApp
Previous article
The Woman in the Window: Netflix Release Date, Cast, Trailer, Plot and all you need to know
Next article
How to transfer chats and multimedia files from Whatsapp to Telegram