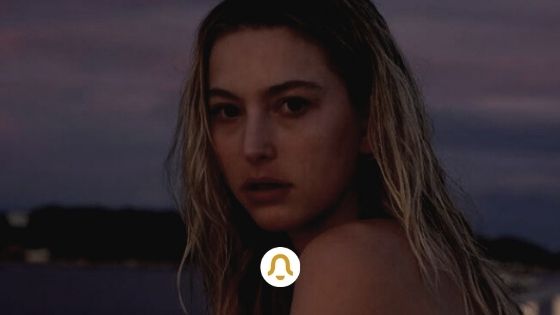 The youngest daughter of the great tech-guru and founder of Apple is the testimonial of a Gen Z beauty brand, but for now Eve Jobs is dedicated to university and horse riding

Who knows if she will be a full time model, Eve Jobs! For now, the little girl in whom Steve Jobs found character similarities such as to joke about what he would have done when he grew up (leader of Apple or president of the United States?), Does not seem willing to collect dad’s legacy.

In reality, there is still a little time to decide which career to undertake, but in fact it is the debut as a model that is why these days we talk about the youngest daughter of the late tech-guru, who physically remembers very mother Laurene Powell.

Twenty-three years to go (next) May 2nd, Eve Jobs was born in 1998, the year Dad Steve launched the iMac. Her debut in fashion is recent (December 2020), as the testimonial of Glossier, a beauty brand loved by generation Z. The shot of the young Jobs, immersed in foam in a bathtub, appears on the brand’s social networks. Looking straight into the room, the girl holds a goblet placed over her mouth, in such a way as to frame the lip gloss she sponsors, along with the nail polish. A sexy but elegant shot, in line with the beauty of the girl.

We have to see if this will be the beginning of a career in fashion or a fun interlude, just to explore the world before deciding “what to do when grown up”. The choice, already difficult for everyone, is certainly even more complex for Eve and her brothers, all with the important surname of the father (also) of Apple.

Meanwhile, Eve Jobs is studying Science Technology and Society at Stanford, the same university where her parents fell in love and where, years later, her father Steve gave the famous invitation “Stay hungry, stay foolish”.

Study and, perhaps, fashion aside, Eve Jobs’ main passion is certainly horse riding, a discipline she has practiced since she was a child.

“They put me on a pony when I was two, but I started riding seriously when I was six. I have always loved animals and I think this passion was immediately evident “he had told in one of the rare interviews, in the Horse Sport magazine in 2019.

As an Amazon, she is fifth among the best under 25s in the world: in the same ranking, there are other girls with surnames as important as hers, such as Jessica Springsteen, Jennifer Gates and Destry Spielberg.

Her tests as a rider are also witnessed on Eve Jobs’ Instagram account, which is followed by over 200,000 followers, despite being a reserved and very “normal” girl in the shots she publishes, including selfies (chastised) in the mirror, photos with friends and pictures on horseback.

“It took me some time to find a balance between friends, school and horse riding, but over the years I have discovered that the best way to make everything work is to prioritize what matters most to you” he said in an interview in 2016, demonstrating a certain attitude to the philosophy of his father Steve.

Mario Draghi, who is the economist of “Whatever it takes”

Ex-president of the ECB, he is considered by many...
Celebrities

The future is already on its way, the president...
Celebrities

More chapters of WandaVision, original films and series that...
Celebrities

In a personal message, Arnold Schwarzenegger drew parallels between...