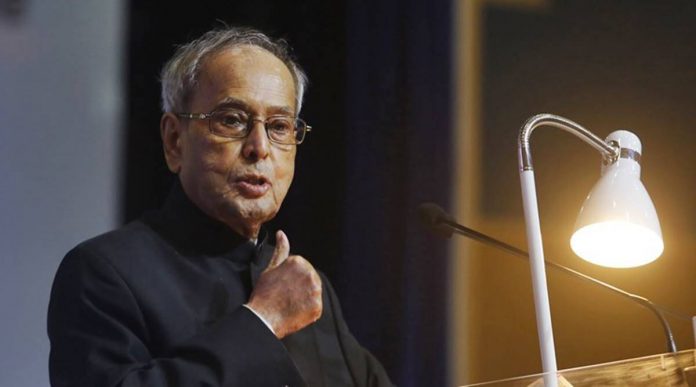 The condition of Pranab Mukherjee declined on Monday morning and he has suffered a septic shock due to his lung infection, the Army’s Research and Referral Hospital said.

Former president Pranab Mukherjee passed away on Monday. He was 84. The condition of Mukherjee declined on Monday morning and he has suffered a septic shock due to his lung infection, the Army’s Research and Referral Hospital said.

Starting off as a protege of Indira Gandhi, who stood beside her during the Emergency, Mukherjee came to be known as a crisis manager who commanded the respect of all and had friends across the aisle. The once Congress stalwart wore many hats over the last five decades in public life and 37 years in Parliament. He was conferred the Bharat Ratna last year.

Interestingly, Mukherjee, nicknamed ‘Poltu da’, had come close to becoming the prime minister in 2012. In his own words, he got a sense that he could replace Manmohan Singh, who could be sent to Rashtrapati Bhawan. But destiny had other plans.

Pranab Mukherjee’s political journey started in West Bengal in the 1969 by-election in Midnapore when he was the election agent for V K Krishna Menon, who ran as an independent candidate. He caught the eye of Siddhartha Shankar Ray who recommended him to Indira Gandhi, who gave him a Rajya Sabha seat. Thus at the age of 35, Mukherjee entered the Rajya Sabha. Besides serving two terms as finance minister, Mukherjee also held the post of commerce minister in 1993 and is known for championing the cause of trade liberalisation.

Stefan Pfander becomes shareholder and chairman of the advisory board of flinto.homes LDT

London, UK, 18 Sep 2021, ZEXPRWIRE, The web/VR portal flinto.homes is on an expansion course and gets prominent support....

Manchester, UK, 18th September 2021, ZEXPRWIRE – Investing in a company for the very first time can be...

Toronto, Canada, 17 Sep 2021, ZEXPRWIRE, As the world is growing into a digital hub, it’s no surprise that investors are...

Paris, France, 17 Sep 2021, ZEXPRWIRE, Kemet Token is a decentralized project created with the goal of developing an...