NewsAlarmsGlobal Trends and News
NewsDonald Trump said he will sanction Mexico if it... 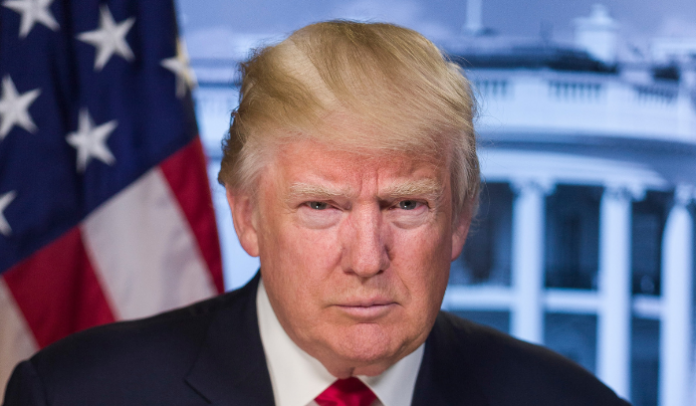 The president of the United States , Donald Trump, renewed this Wednesday, September 16, the warning against Mexico on the fight against drug trafficking . The country managed to deliver the ultimatum last year, which could mean cuts in bilateral aid in the future.

Trump praised the progress of the administration of Mexican President Andrés Manuel López Obrador in the Presidential Memorandum to Determine the Main Countries of Production and Transit of Illegal Drugs of 2020. However, he asked to protect US and Mexican citizens from cartels.

Unless the Mexican government demonstrates substantial progress in the coming year, backed by verifiable data, Mexico will run a serious risk of being found to have demonstrably failed to meet its international drug control commitments.

“Drug seizures in Mexico remain too low in the face of these critical drug threats. These cartels represent a clear threat to Mexico and the ability of the Mexican government to exercise effective control over parts of its country.

“Mexico must clearly demonstrate its commitment to dismantle the cartels and their criminal enterprises and do more to protect the lives of Mexican and US citizens threatened by these groups,” he added.

The Presidential Memorandum was established by the United States Capitol in 2002 and superseded the anti-drug certification policy that required the White House administration to confirm that countries provided “full cooperation.“

The document asks to identify only those countries that “demonstrably fail.“

This year, Mexico successfully passed asset forfeiture reforms, increased extraditions of dangerous drug traffickers to the United States, made substantial progress in completing its first poppy yield study in 17 years, and developed an anti-drug strategy. While these are signs of progress, more needs to be done

According to figures from the Capitol, the anti-drug alliance between the United States and Mexico has grown: beginning with the Merida Initiative in 2008, the proximity and anti-crime assistance amounted to more than USD 3.1 billion during that period.

The United States “ remains willing to deepen its partnership with Mexico to address these shared challenges and welcomes the opportunity to develop joint drug control objectives with Mexico and bilateral investigations based on the transparent and open exchange of information and investigative evidence leading to prosecutions. successful, ”stated this year’s Memorandum.

President López Obrador publicly mentioned in May 2019 that the Mérida Initiative would disappear to redirect those resources to the development of Central America. However, currently the anti-crime funds allocated by the US government remain unchanged.

The total bilateral assistance that was allocated by the United States Congress to Mexico, during fiscal year 2020, reached USD 150 million , according to the most recent report from the Capitol Legislative Investigation Service. The figure was higher than that originally requested by Donald Trump.

“Mexico must continue to extradite key criminal actors, intensify exhaustive investigations and seizures of drugs and assets, and implement a robust poppy eradication program based on data and linked to sustainable alternative development, ” he said.

The US National Office for Drug Control (ONDCP, for its acronym in English) stated in its most recent estimates that poppy cultivation in Mexico had a presumed reduction of 27% during 2019 compared to the previous year.