NewsAlarmsGlobal Trends and News
BlockchainHow Can the Music Industry Integrate Blockchain Technology Use?

How Can the Music Industry Integrate Blockchain Technology Use? 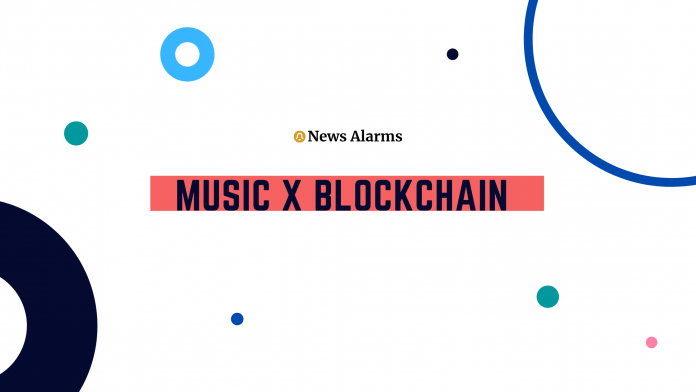 Bitcoin, the first decentralized cryptocurrency in the world, is what drew attention to the blockchain system. Since then, people have been exploring numerous ways to use blockchain, especially in the finance sector. However, blockchain is not only limited to finance and money. This technology can be used in almost all areas, including health care, food industry, the justice system, education, supply chain, and voting, and several others.

The blockchain system will provide a quick and secure way of handling money in the music industry. The industry is massive and filled with cases of exploitation. Record labels, managers, event organizers, and third parties take advantage of artists financially. These people have been getting away with artists’ money for a long time.

Even in this digital age where the music industry has grown and become moneyed, it seems to benefit everyone more than the creatives themselves. Revenue made through blockchain will be transparent and traceable. It will also reduce payment delays, making it hard for starting and upcoming artists to survive in the mainstream music industry.

Usually, each of these activities takes a lengthy process requiring several people. Blockchain technology will make all of these much easier and save on time.

The music industry gatekeepers who control most of the streaming make it an expensive and lengthy process to get music in reputable and prominent music platforms. Therefore, blockchain will give a chance to all artists to showcase their music. It will also shorten the amount of time it takes for released music to get to listeners.

Contracts become more transparent and accessible by eliminating third parties known to extort and lengthen processes for personal benefit. Blockchain will facilitate, verify, and negotiate contracts for artists. The technology will make the process automated, making it cheaper and faster.

Blockchain also avoids breaches of contract and loopholes created with ill intentions by keeping records of deals accessible to both parties. Implementing blockchain will help clean up the mischief in some record labels.

Music record stores, both physical and online, have working hours because people are working behind the system. Blockchain can offer around the clock services as it is fully computerized. The computers are made to solve problems without assistance. buying and selling of music will not be limited to time; hence, artists achieve more within a shorter period

Licencing is a lengthy, expensive, and at times complicated process. There are many licenses required in the music industry. This might be exhausting for those getting into the music industry and also for those already in it. Simplifying the licensing process will make the process of planning shows, recording music, and the signing of artists easier and convenient.

The monitoring of views, downloads, and streams will be easier with the blockchain technology. Usually, charts and ratings are not entirely correct because they require people to collect data from different sites and platforms then add up the numbers. These numbers determine the performance of songs and musicians, used in award shows.

Award ceremonies are popular, entertaining, and have become part of the music industry. These ceremonies have been previously accused of being biased and, at times, wrong. Blockchain will make them open, fair, and transparent because it gives accurate and specific information that is available for everyone to see and validate.

A lot of money is lost when different, sometimes non-involved parties post music on their sites without permission. For example, multiple people record during concerts and post dividing views and attention from the real content owner.

With blockchain, it will be possible to keep track of all posts, shares, and actual sales, making it easy to claim the money. Blockchain will also help track and report illegal music activities, therefore, protecting creative intellectual content.

The industry is very corrupt and filled with selfish people riding on the artist’s success by not paying royalties. The blockchain system is an excellent tracker and record keeper and shows who is using your music and how it is being used. With blockchain technology, the number of shares, views, and sales on each platform will be seen. This will ensure royalties are claimed and paid accordingly to artists/ music owners.

It might take some time for the music industry to transition fully to the blockchain system, mostly because many people benefit from the already existing systems’ loopholes. The people are wrongfully benefiting from the music industry, and exploiting artists will most probably be the forefront to oppose and derail these changes as they stand to lose.

Adopting blockchain in the music industry is slowly taking course on digital platforms such as Spotify. Without a doubt, these changes will be of utmost benefit to artists and consumers/ listeners of the music by streamlining delivery channels.