Is Cosmos the Internet of Blockchains? Review 2020 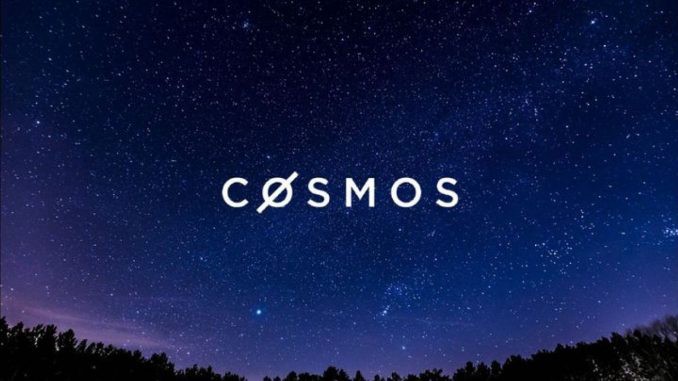 Cosmos is an interesting project that calls itself “the Internet of blockchains”. Cosmos seeks to build an ecosystem of independent parallel blockchains that can scale and interoperate with each other. The Cosmos Network uses a proof of stake consensus mechanism that requires the ATOM cryptocurrency. The vision of Cosmos is to break the barriers between blockchains by allowing them to transact with each other by making it easy for developers to build apps that uses tokens from a variety of independent blockchains.

The people behind Cosmos plan to achieve their vision through a set of open-source tools. The Cosmos network is composed of three technologies. The Tendermint protocol is responsible for governance, the Cosmos software development kit (SDK) which makes it easy to develop apps, and the Inter-Blockchain Communication (IBC) protocol. Cosmos is an open-source community project created by All In Bits Inc.

Tendermint is the name of Cosmos’ consensus algorithm that packages the networking and consensus layers of a blockchain into one generic engine. It will allow developers to focus on their application development instead of the underlying blockchain protocol and save many hours of time. In order to then make application development easier, they combine Tendermint with the Cosmos software development kit, which is a generalized framework that simplifies the process of building blockchain applications. Once developers can quickly build custom blockchains they will be easily connected by the Inter-Blockchain Communication protocol.

Cosmos was initially conceived by Tendermint creator Jae Kwon in 2014, and he was joined by Ethan Buchman in 2015. They created the Cosmos software development kit together in order to lower the barrier to entry for blockchain development and build a decentralized network of individuals blockchains able to communicate with each other. They are also the founders, and President and Vice-President, respectively, of the Interchain Foundation, a non-for-profit organization that aims to research, develop, and promote open, decentralized network technologies that will provide greater sovereignty, security, and sustainability to communities worldwide.

The Cosmos Initial Coin Offering was held on April 6, 2017, raising $17.3 million in Ethereum, Bitcoin and USD. About 75% of the available token supply was sold during the ICO, with 5 percent held for seed investors, and 10% each held by All In Bits and the Interchain Foundation. The Cosmos mainnet launched on March 14, 2019 to much success. However, an attack in the summer of 2019 exposed a vulnerability in the network, but this has since been fixed.

How Do I Buy Cosmos?

Cosmos is available for purchase on a number of different cryptocurrency exchanges including the following:

How Does Cosmos Work?

The Cosmos software development kit makes it easy for new blockchain applications that can be connected across the Cosmos Network, but the two main ways Cosmos works are through Tendermint and Inter-Blockchain Communication protocols. Together they form the Cosmos Network.

Tendermint consists of two chief technical components: a blockchain consensus engine and a generic application interface. The consensus engine, called Tendermint Core, ensures that the same transactions are recorded on every machine in the same order. The application interface, called the Application Blockchain Interface (ABCI), enables the transactions to be processed in any programming language. Tendermint only handles the networking and consensus portions of the blockchain, meaning the application layer can define its own rules. This combination of components means that developers can quickly build individual, customized blockchains with different applications, and with their own set of governance rules and validator sets. These separately run blockchains are then compatible because of the Inter-Blockchain Communication protocol feature.

The Inter-Blockchain Communication protocol allows any blockchain running Tendermint, or any other fast finality blockchain engine, to transfer value or data to each other. Fast finality blockchain engines are those which run on proof of stake consensus algorithms, like Tendermint does. Other examples of fast finality engines would be Tezos or OmiseGo. If the Cosmos Network works as hoped, these blockchains could transfer tokens to each other, creating unmatched interoperability. But as scale increased solely using direct Inter-Blockchain Communication would create an unsustainable number of connections, so Cosmos uses an architecture with two classes of blockchains: Hubs and Zones.

Zones are made up of blockchains that fall under the fast finality category of consensus and Hubs are blockchains that connect these Zones together. When a Zone creates an Inter-Blockchain Communication connection with a Hub, it can access every other Zone that Hub is connected to, ensuring that each Zone only needs to establish a milted number of connections with a specific set of Hubs. Bitcoin and Ethereum use proof of work engines, which are slow, and therefore would not be directly compatible with Inter-Blockchain Communication protocols but could still be connected to through a proxy chain called a Peg-Zone. Peg-Zones need to be customized for each chain they bridge, meaning one needs to be made to connect to Bitcoin and one to Ethereum. In the end, all kinds of blockchains can be linked across the Cosmos Network, creating an ecosystem.

The main advantages of Cosmos are that through Tendermint and Inter-Blockchain Communication protocols it will be possible to create a network of connected blockchains. This network will allow the token, data, and asset exchanges between them. The Hubs that connect all these varying blockchains require validators staking ATOMs and will earn ATOMs for staking, therefore the more connected the network becomes, the greater ability for passive income to be generated through staking.

Though staking can be profitable it will also generate the biggest disadvantage of Cosmos in the form of risk. Staking ATOM is not free of risk. This is for a couple of reasons. First, staked ATOMs are locked up, and retrieving them requires a 3-week waiting period called the unbonding period. Additionally, if a validator misbehaves, a portion of their total stake can be slashed (i.e. destroyed). This includes the stake of their delegators. This means that if you delegate your ATOMs to a validator and they behave badly, they lose not only a portion of their tokens, but yours as well.

Therefore it is important that ATOM holders perform careful due diligence on validators before delegating. It is also important that delegators actively monitor the activity of their validators. If a validator behaves suspiciously or is too often offline, delegators can choose to unbond from them, though this takes the aforementioned 3 weeks, or switch to another validator. Delegators can also mitigate risk by distributing their stake across multiple validators.