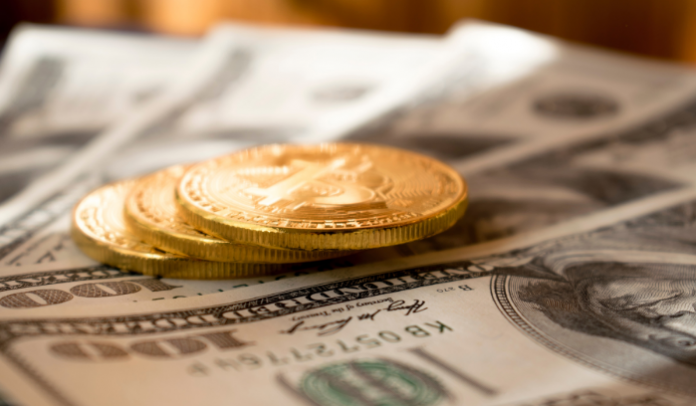 After a short correction, the bitcoin rate returned to $ 40 thousand. Institutional investors took advantage of the fall in quotations at the beginning of the week, which allowed them to enter the asset at low levels. Moreover, its anti-inflationary properties can be realized against the background of the elected US President’s plans to expand the program of monetary stimulation of the economy.

However, this is not enough to update the historical maximum, which means that the correction may be repeated, experts say.

After the collapse at the beginning of the week, the bitcoin rate returned to the level of $ 40 thousand. According to Reuters, at 18:40, it reached $ 40.1 thousand, which is 7.6% higher than the previous day’s closing values. By 20:15, the rate had stabilized near the $ 39.7 thousand mark.

According to CoinMarketCap.com, the capitalization of bitcoin again exceeded $ 750 billion. The second most popular cryptocurrency, Ethereum, grew by 10% in a day, to $ 1232.

In three days, bitcoin has risen in price by a third, and its value has returned to the values ​​before the collapse of Monday.

At the beginning of the week, the leading currency rate experienced the strongest fall in recent months, rolling back to the level of $ 30 thousand.

“The panic at the beginning of the week was quite predictable given the colossal growth that Bitcoin has shown over the past four months. The traders’ fear of loss has sharply exceeded the desire to make money. As a result, a massive sale began,” says Yuriy Mazur, head of the data analysis department at CEX.IO Broker.

However, institutional investors took advantage of the correction, those who had taken profits a few days earlier.

According to Mazur, the reversal of the rates showed that large investors are ready to buy bitcoin at a cost above $ 32,000, which generally indicates a continuing high demand for this asset.

President-elect Joseph Biden on Thursday was scheduled to announce details of a multi-trillion dollar fiscal stimulus package. As noted by the co-founder of EXANTE Anatoly Knyazev, such promises have a beneficial effect on investor sentiment, including the owners of bitcoin.

The latter is increasingly seen as an anti-inflationary instrument, effectively protecting capital from loss of purchasing power along with gold.

However, its participants are very cautious about the future prospects of the cryptocurrency market. According to Anatoly Knyazev, the bitcoin rate may gain a foothold above the $ 40 thousand level in the coming days. More significant growth will require additional confirmation to start a new rally. They can be, for example, messages about large investments from a public company or a well – known hedge fund.

“However, there is little doubt that this year will be rich in new Bitcoin records,” Knyazev notes.

According to Yuri Mazur, it will be difficult for the digital currency to break through the recently set maximum, as it expects another fall from the resistance level of $ 41.45 thousand.

“If this level is broken and the quotes gain a foothold above it, then we can talk about continued growth. The increased inflationary risks for the dollar, as well as the protracted recession of the world economy, can still be considered a fundamental stimulus for the continued growth of the exchange rate,” Mazur notes.