Use Cases of Blockchain 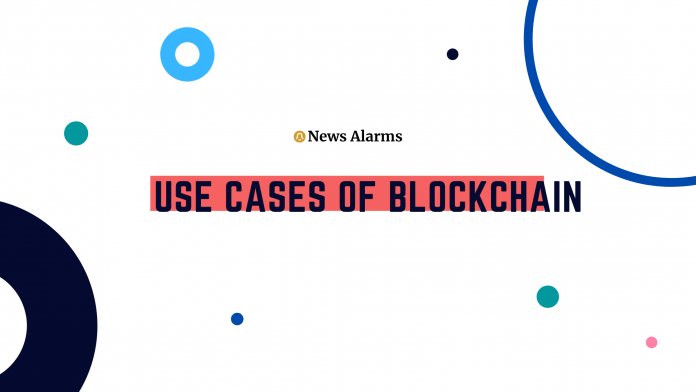 Now that we have looked at what cryptos are, what their underlying value is, and how they work let’s discuss perhaps the most important part: What they can be used for.

This is the most commonly associated use of Bitcoin. Many media outlets have referred to Bitcoin as “digital gold” and most of the hedge fund analyses I have seen rely on this concept for their valuations.

The idea is that because Bitcoin has a finite supply, just under 21,000,000 BTC, the value will go up as demand increases. Actually, the circulating supply of BTC is falling as people lose their private keys or BTC is “burnt”. However, these analyses are oversimplified.

Without getting too philosophical, every currency in existence is a social construct and entirely dependent on people’s faith in the federal reserve, a country’s economy, or the simple belief that they and others perceive it to have value. On this front Bitcoin and other cryptos are no different to FIAT currencies except that they are the first truly global currency and therefore not dependent on anyone country’s money supply or economic health. Whilst most cryptocurrencies are either very volatile or tethered to a FIAT currency (See TetherUSD) it is foreseeable that this volatility decreases as the market cap increases as the trading volume would be unlikely to increase proportionally if a large part is being used as a currency. This creates a feedback loop where less volatility creates a more viable currency, more people use it as a currency which further decreases volatility.

This is the most recent actual implementation of cryptos. If you have been paying any attention to the crypto space at all the past few months you will have heard the term ICO (Initial Coin Offering) being thrown around a lot. Whilst there are many legitimate ICOs that offer fair compensation to their investors and have a real chance of disrupting industries and huge ROI there are many more which mislead, overpromise and some which simply pyramid schemes or rebranded Bitcoin clones with no real value. The attraction of running an ICO is easy and cheap access to crowdfunding but is not regulated and so the importance of doing due diligence cannot be understated.

Now come to the really interesting use cases and where the future of cryptos lies, in my opinion. In much the same way Airbnb disrupted the accommodation industry by decentralizing the industry away from a small number of hotels to a large number of individuals, blockchain looks to decentralize everything else. From leveraging spare computing power (See Golem) and hard drive space (See SiaCoin, Factom, and NEO) to crowdsourcing I.P. addresses for VPNs (A very topical issue given the talks on Net neutrality and the Great Firewall of China, See Mysterium) and advertising (See BAT). The blockchain looks at simultaneously increasing security and productivity, reducing the risk of monopoly, reducing costs, and lowering or eliminating barriers to entry.

You may assume that the industries that are up for disruption are online services but cryptos are now looking at bridging the gap between the physical and digital realm as discussed in the Dapps section. If they can pull this off then we will see them take over every aspect of our lives. If it becomes common practice to issue legally binding certificates of ownership of physical goods we can improve liquidity across all asset classes, vastly reduce legal disputes and costs, improve supply chain and logistics management, integrate systems across sectors and countries, allow partial ownership of previously indivisible assets, obtain and analyze Big Data on a scale not seen before and that is only the beginning (See NEO and Stratis)

IOTA’s unique selling point is the creation of a machine economy where autonomous machines can trade with each other. This idea may seem crazy but I’ll give you an example to illustrate what I mean:
Let’s imagine we have an electric self-driving car being rented out for trips via Uber. The car parks itself in a parking lot as it waits for its next user. It communicates with the parking lot which charges it in IOTA for each minute it remains in the car park. When the car starts to run out of battery it can communicate with a local charging station, hook itself up automatically, and get charged in IOTA for each Wh. Later on, it is broken into by some thugs, it sends out a message to a local security drone to follow the thugs and record their faces and location. It pays the drone in IOTA. It arrives at an automated mechanic that replaces the damaged window. The insurance company is also on the blockchain. The footage from the security drone and the invoice from the automated mechanic are automatically sent to the insurance company and compensation is paid in IOTA. The automated mechanic notes its stock of window panes is running low and contracts a drone for delivery, it pays this in IOTA. This is all done without any human intervention.

This may all sound like science fiction but the greatest businessmen and minds in the world are all convinced that robotics and AI will usher in a new industrial revolution. The missing piece for this automation to become truly ubiquitous is transactional.