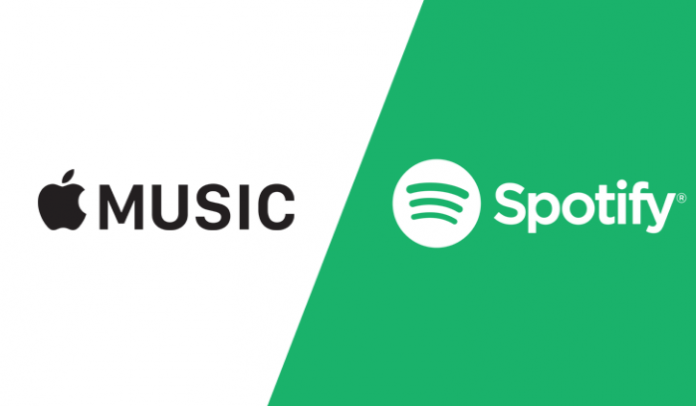 Two days after Spotify sued Apple before the European Commission for “intentionally limiting options and stifling innovation” with its App Store policies and ecosystem decisions, the Cupertino company has responded with a lengthy statement that addresses the most relevant aspects of the complaint of the music streaming giant. Apple boasts that with the App Store, it has helped generate 120,000 million dollars for developers, and doing so with the same rules of the game for everyone, whether they are newcomers or large companies.

And that’s where the response to Spotify begins in the form of an accusation. According to Apple, ” Spotify seeks to maintain all the benefits of the App Store ecosystem, including the large revenue they earn from App Store users, without making any contribution to this platform .”

However, what is most surprising is that Apple also mentions an issue not so relevant to the case, and that is that Spotify “distributes the music you love while making smaller and smaller contributions to the artists, musicians, and composers who create it—even going so far as to take these creators to court. ” A position that suggests that the tensions between both companies are muscular in defense of the business model.

Spotify omits a lot of information, according to Apple.

In its statement, Spotify made many accusations about the ” Apple tax, “the 30% charge that Apple charges all applications that use the App Store payment platform. It added criticism of not being able to use alternative systems from third parties. Apple has responded to the first by claiming something public. That is that subscriptions, which are the model that companies that use or used companies like Spotify or Netflix to process monthly charges, only account for 30% the first year.

” They left aside that it is reduced 15 percent in subsequent years ,” says Apple about this, about a policy change in the App Store more than two years ago. Apple also accuses Spotify of omitting more data about its business model in three fundamental respects:

The first is that the free apps’ advertising does not generate revenue for Apple in the App Store. The second is that many of Spotify’s customers come from discount agreements with operators (in Spain, there have been several cases). These agreements also require payment of the distribution fee that falls on Spotify. Third, Apple claims that only a small fraction of Spotify subscriptions leave revenue on its platform (about payments via the web) and that now it wants that number (the number of payments) to be zero.

“Spotify would not be the business they are today without the App Store ecosystem.”

Then Apple lists the reasons why it does not offer its platform for free on subscriptions and payments. And they are the classic arguments: it provides visibility, and a means for users to download and update the application, offers critical software tools for building applications, and offers a secure payment system. “Spotify requests to maintain all these benefits and at the same time maintain 100% of the income”, with a clear final message in this regard by which “it would not be the business they are today without the App Store ecosystem.”

Regarding the limited access to services and products that the Swedish company harshly criticized, especially regarding the rejection of an update in the App Store, Apple argues that ” the only time we have requested adjustments is when Spotify has tried to circumvent the same rules that all other applications follow. ” They also say that Spotify has the same access to resources and tools as any other developer on platforms and services such as CarPlay, the Apple Watch, Siri, and AirPlay 2. On the other hand, Spotify did not claim to be the only one who suffered from these practices, but not compete equally with Apple.

As we said before, one of the parts that shows the most tensions in the statement is one that in principle was not so much in a debate between the two companies as a result of what we learned in the Spotify statement, and that is how the cake is shared in terms of income for companies and payments to artists and labels.

Apple accuses Spotify that ” it is not only the App Store that they are trying to squeeze, they are also artists, musicians, and composers “concerning an ongoing case in the United States, for which rights holders demand that Spotify pay more royalties. According to Apple, Spotify has responded with a lawsuit against music creators, which dismisses the measure as “real, significant and damaging setback for the music industry.”

An idea born from the mind of Ryder Carroll...
Technology

Telegram was the most downloaded app in the world...