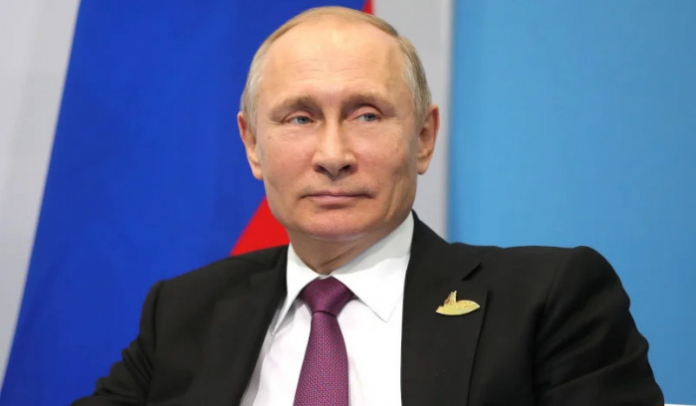 Russia was forced to create hypersonic weapons through the United States’ fault, which withdrew from the Treaty on the Limitation of Anti-Ballistic Missile Systems. Russian President Vladimir Putin stated this at a meeting with the military-industrial corporation’s honorary general director Scientific and Production Association of Mechanical Engineering Herbert Efremov, RIA Novosti reports.

“We had to create this weapon in response to the US deployment of a strategic missile defense system, which in the future would be able to actually neutralize, zero all our nuclear potential,” the head of state said, noting that thanks to Efremov and his colleagues, this did not happen.

According to Putin, Moscow made every effort to stop strategic development on hypersonic weapons, but no one saw it. “We have made every possible effort to reach agreements with the American side on the termination of work on strategic missile defense or on its joint implementation in missile-hazardous areas, including with the participation of European states. However, all our attempts were in vain, ”he said.

Earlier, in June, Putin approved the Russian Nuclear Deterrence Policy Framework. The document says that the use of nuclear weapons is recognized as a last resort, it is viewed exclusively as a deterrent. The decision on its use is made by the head of state.

In March 2018, during a message to the Federal Assembly, the Russian leader presented the latest weapons. Among other things, the Kinzhal aviation missile system was demonstrated. Later it became known that the “Daggers” are used on the MiG-31K fighter, and it is also planned to equip them in the future with the upgraded strategic Tu-22M3M – in this case, the range of the complex is estimated at three thousand kilometers.