NewsAlarmsGlobal Trends and News
News2 volunteers have had neurological conditions during AstraZeneca vaccine...

2 volunteers have had neurological conditions during AstraZeneca vaccine trials 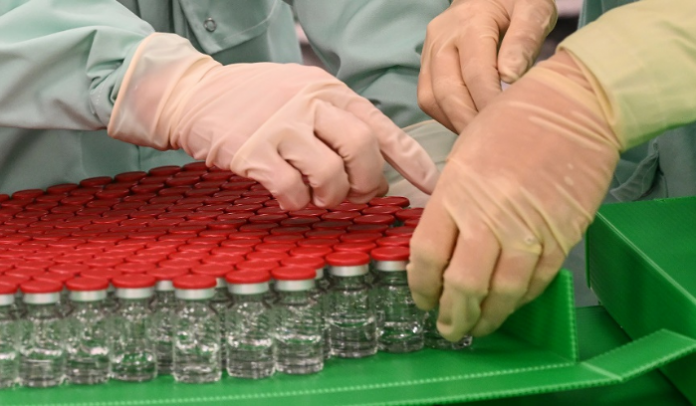 The New York Times newspaper indicated that two women have had “serious neurological diseases” after receiving the test doses in Great Britain.

According to a report in The New York Times, two volunteers have had “serious neurological diseases” after receiving the test doses of the vaccine against COVID-19 developed by AstraZeneca and the University of Oxford in Great Britain.

The media indicates that it is about two women. It cannot be confirmed that these conditions have been the result of receiving the test vaccine. According to the report, a study has not been reported to corroborate it, although both had the same disease.

“Experts have been particularly concerned about AstraZeneca’s vaccine trials, which began in April in Britain, due to the company’s refusal to provide details on serious neurological diseases in two participants, both women, who received their experimental vaccine in Great Britain,” the newspaper said.

“Those cases led the company to stop its testing twice, the second time earlier this month. Studies have resumed in Britain, Brazil, India, and South Africa, but are still on hiatus in the United States. So far, about 18,000 people around the world have received the AstraZeneca vaccine, “he added in an article signed by Denise Grady, Katherine J. Wu and Sharon LaFraniere.

According to the article in the US media, AstraZeneca had not confirmed the second patient’s diagnosis with a condition during the tests. However, a person familiar with the situation, on condition of anonymity, said that the disease had been identified as transverse myelitis, the same who had another volunteer.

At the beginning of this month, it was known for the first time that AstraZeneca had “voluntarily” interrupted the vaccine tests that it is developing together with the University of Oxford after detecting that one of the volunteers had created an “unexplained” disease.

Then, on September 12, he indicated that he had received authorization from the British authorities to resume the tests, assuring that they were safe.

Last August, it was announced that Mexico and Argentina would participate in the production and distribution in the region of the AstraZeneca and Oxford vaccine, which was celebrated by President Andrés Manuel López Obrador as “good news for the people of Mexico”, where More than 73,000 people have died from coronavirus.

What we do at Animal Político requires professional journalists, teamwork, maintaining a dialogue with readers, and something very important: independence. You can help us continue. Be part of the team. Subscribe to Animal Político, receive benefits, and support free journalism.