NewsAlarmsGlobal Trends and News
NewsDispute over internal market law: did Johnson gamble this...

Dispute over internal market law: did Johnson gamble this time? 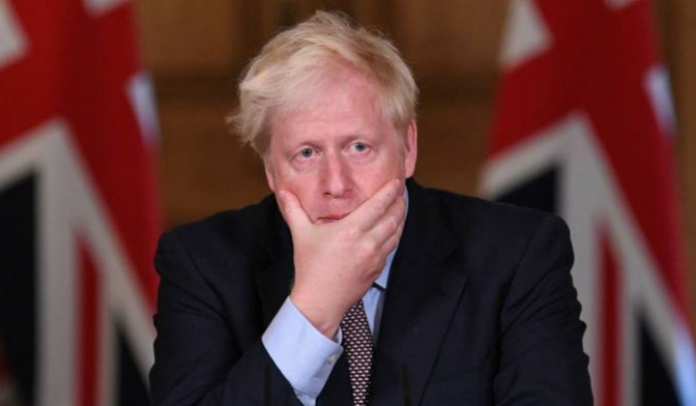 If Boris Johnson gets his single market law smoothly through the British House of Commons in third reading today, the chances of a no deal should increase further. But the bill, which undermines the already negotiated exit agreement, is controversial, even among passionate Brexiteers.

It could be that Boris Johnson went too far this time. His tried and tested method of obscuring one’s own mistakes with new taboos just doesn’t work these days. Not even in your own party.

Since he publicly announced that he would break the exit agreement he negotiated only nine months ago, the boom has been hanging crooked, even with devout Brexiteers. Renowned Tories openly attacked the planned breach of the law as a mistake. Johnson got over the top.

And Theresa May, who has just discovered with joy that she may not have been the worst Prime Minister of all time, openly attacked Johnson on Monday with a sharpness that is unusual for the otherwise always loyal Tory woman. “With this law, the government is risking the integrity of the kingdom,” she called into the House of Commons, “and it is also risking not only the Good Friday Agreement but also Britain’s reputation around the world.”

Loss of confidence – and “no deal”?

There is a great deal at stake indeed. The EU has announced that it will take legal action against Great Britain if Johnson does not withdraw the so-called Single Market Act by the end of September. Negotiations can continue at the same time, but time is becoming increasingly scarce and the loss of confidence in Brussels is likely to be enormous.

Even if the EU is currently still negotiating stoically, the risk of a “no deal” has increased significantly due to the announced breach of law. Because Johnson has no plans to withdraw the bill until the end of September. On the contrary.

Today he is bringing it to Parliament for the third reading, slightly weakened. The innovation: if the law is ever applied, parliament has to give its approval again. It is still a violation of the law, but he hopes at least to recapture the rebels within the party. A farce, if it succeeds, and another chapter in the island’s endless self-talk with itself.

The EU is unlikely to be impressed by this tactical volte. Because even if the law never comes into effect in the end, it remains as such a breach of the exit agreement. When Johnson tried to break the deadlocked Brexit knot a year ago by simply disbanding the House of Commons whose attitude he did not like, the British Supreme Court declared his brazen maneuver illegal and reversed it. In the emotional turmoil that followed, his opponents lost their nerve and he got the parliamentary election that he so desperately needed. It may be that his calculation was a similar one this time. Biggest possible din to lure the opponent out of position.

But here is the core problem. A successful deal has no winners and losers. Instead, there needs to be trust, dialogue and a willingness to compromise on both sides. But when Johnson declares the EU to be an arch enemy and island opponent in increasingly shrill tones, he may in the short term distract from the unfulfillability of his own Brexit promises, but in the long run he is destroying any basis for a successful post-Brexit policy January 1, 2021. And not only that.

The damage could be long term

Ironically, Johnson’s planned breach of the law is now also endangering the real core objective of Brexit: “Global Britain” – the desire to reappear as a sovereign great power in the world. And again it was Theresa May who summed it up in the House of Commons. “How can other countries ever trust us in the future if we want to conclude new trade agreements with them?”

Margaret Thatcher once optimistically formulated the British’s eternal search for their own role and identity in April 1982. “I think Britain has now found its role. It is to uphold international law and teach the nations of the world how to live.” That might sound a little arrogant today, but Thatcher’s unwavering belief in law and order has been the foundation of a literally conservative party for decades.

Today’s parliamentary vote will show just how profoundly Boris Johnson was able to upset the moral compass of his Tories.