NewsAlarmsGlobal Trends and News
NewsIs Tesla introducing the car battery of the future?

Is Tesla introducing the car battery of the future? 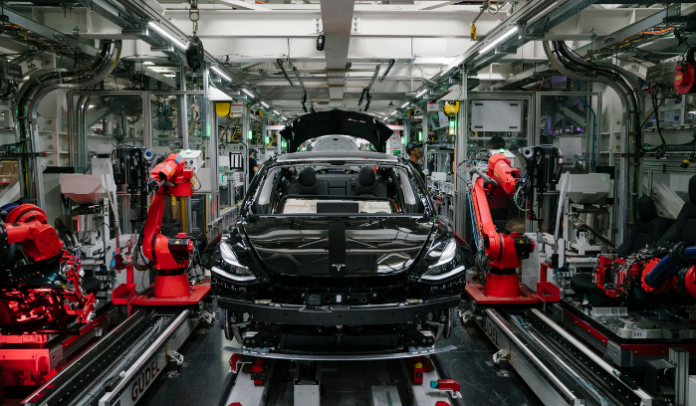 Tesla is likely to unveil a battery today that will last for a million miles. But other wonders of the electric car pioneer do not appear to be ruled out. And what is the competition actually doing?

When Elon Musk, head of the global market leader for electric cars, wants to introduce new batteries, an entire industry pricks up its ears. Tonight the time has come, then Tesla will organize “Battery Day”, which was originally supposed to take place in spring. Optimists expect groundbreaking news.

Because Musk had already indicated in advance that his company would be producing batteries with 50 percent energy density in three to four years. A higher energy density is one of the key factors in increasing the range. In addition, Tesla could get into the production of battery cells itself. The company’s “gigafactories” would then grow into “terafactories”. In order to be able to supply the rapidly increasing number of electric cars, annual battery production in the terawatt hour range is required.

Tesla will definitely need significant progress because the competition never sleeps. At around 650 kilometers, Tesla’s Model S is still the vehicle with the longest range. For example, the new competitor Lucid Motors recently introduced the Lucid Air, a vehicle with a range of 830 kilometers. That’s 28 percent more than the Model S, even though the Lucid Air’s battery is only 13 percent bigger. The particularly streamlined (cW 0.21) Air also works with a voltage of 924 volts. This is an absolute record in automotive engineering and promises extremely fast loading times.

The car, which is due to hit the market next year, should attract attention. Because the Lucid boss is the former Tesla chief engineer Peter Rawlinson. One of the most important donors is the Saudi Arabian sovereign wealth fund – always on the lookout for new business models outside of oil.

Toyota and VW want to know

The world’s largest car companies Toyota and Volkswagen are now also giving more and more electricity. Toyota has given up its focus on hybrid drives and hydrogen and now wants to bring all-electric cars to the market much more than planned a few years ago.

Volkswagen, too, has recently massively increased its investments in electric cars – and with considerable success. With its latest ID.3 and Skoda Enyaq models, the Volkswagen Group is just under ten percent less than comparable Tesla models in terms of range. However, at significantly lower prices.

This means that Volkswagen is far better in the race than the competition from Munich and Stuttgart, for example. So far, BMW and Daimler have found it much more difficult to bring really pure electric cars onto the market. In the course of its “technology openness”, BMW in particular relies primarily on models in which, in addition to electric drives, hybrid drives and pure combustion engines can also be installed. The result is less space, for example due to space-consuming cardan tunnels and engine hoods that are far too long and offer space for large-volume internal combustion engines. That is not particularly clever, because the drive is on the axles in purely electric cars.

Experts such as Patrick Hummel from UBS expect Tesla to consolidate its cost and technology lead for years to come. “Auto Pope” Ferdinand Dudenhöffer goes even further: “Musk is an innovation machine. That is why Tesla will always have a head start. “