NewsAlarmsGlobal Trends and News
NewsPeru ranks fifth in macroeconomic performance index, what is...

Peru ranks fifth in macroeconomic performance index, what is it all about? 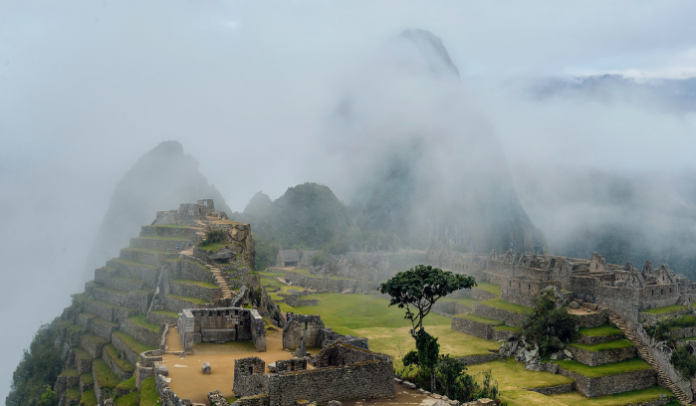 Peru ranks fifth in South America in the Macroeconomic Performance Index (MPI) 2020 after a score of -28.5 after being evaluated alongside 10 economies in that region.

The IPM is developed annually by the Economic and Business Development Institute (IEDEP) of the Lima Chamber of Commerce, which assesses economic performance, as well as the management of fiscal, monetary and exchange rate policy, ensuring macroeconomic stability.

The contraction of the 2020 MPI is particularly due to the impact of the health crisis on economic activity, where GDP is estimated to fall by 11.7% this year. It also influenced the deterioration of public finances where the fiscal deficit increased by 7.2 p.p.

Despite this result, the Peruvian MPI shows macroeconomic strengths as a low inflation rate of around 2% and the current account improvement of 2.1 p.p.

According to the 2020 MPI, all countries in the region performed negatively due to the impact of the pandemic.

In this context, the country with the best result was Paraguay which obtained an MPI of -14.0 due to a reduced drop in its GDP (-2.4%) and less decline in fiscal savings, from -2.5 p.p.

This result, in addition to maintaining low inflation and unemployment, and improving its current account compared to 2019, allowed it to achieve the highest score among countries in the region.

It could be said to be the country that was least affected in its macroeconomic indicators by the health crisis.

Meanwhile, Ecuador is second with better MPI (-16.9), due to its low unemployment (5.9% of the EAP) compared to other countries in the region, negative inflation (-0.7%) and to a lesser extent by improving your current account at 1.1 p.p.

Its fall in gross domestic product (-8.6%) is the worst outcome among the indicators evaluated.

While Chile, Bolivia, Peru and Uruguay occupy the 3rd, 4th, 5th and 6th positions in the region, respectively.

Chile, favored by its low inflation and the improvement in 3.9 p.p. in its current account compared to 2019, however, there is a sharp drop in its fiscal savings (-6.2 p.p.).

Bolivia stands out for its low inflation (1.4%) and being one of the countries in the region with the lowest drop in fiscal savings, with just 3.6 p.p. Uruguay is the second-largest economy with the lowest recession (-4.4%) but it is together with Venezuela the only countries that could not improve their current account (-0.9 p.p.) as was the characteristic pattern of the region.

Brazil is the country with the third lowest drop in GDP (-5%) and an improvement in the current account (2.3 p.p.) but resulted in the greatest deterioration in tax accounts (-10.5 p.p.).

Regarding Colombia its low inflation (1.8%) it was not enough to be delegated in the region by high unemployment (16.5% of the PEA) and slight improvement in its current account (0.5 p.p.).

Meanwhile Argentina is the South American country hardest hit by the crisis occupying 9th position, a country involved in a severe recession (-11.2%), a fiscal deficit that has increased by 50 p.p. and an even high inflationary process (37.2%).

Finally, Venezuela ranks 10th with an MPI of -2,563.7, a country that had already faced a hyperinflationary process and a deep economic recession from previous years. Their tax and external accounts worsened this year by 10.1 and 7.2 p.m. respectively.

Against this backing, it can be concluded that South America is one of the regions that was most economically affected globally by the pandemic crisis.

However, the region as a whole is expected to experience a strong economic recovery for next year, although this will depend on controlling a second wave of contagions, how quickly the COVID-19 vaccine arrives, and the effectiveness of economic revival policies.