NewsAlarmsGlobal Trends and News
NewsMinister of the Interior: "I have not seen anywhere...

Minister of the Interior: “I have not seen anywhere a recognition of the work of the Police” 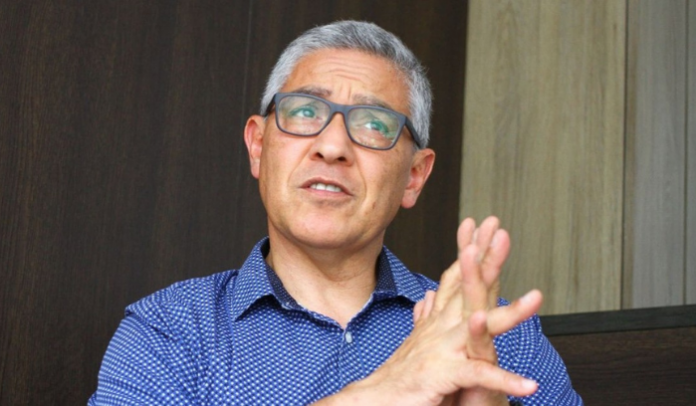 Minister José Elice indicated that next Wednesday will be announced if a disciplinary administrative process is opened to troops who had failed to do their job during the November social protests, which killed Inti Sotelo and Bryan Pintado.

The Minister of the Interior, José Elice, regretted on Monday that the National Police, in his opinion, do not have sufficient recognition from the public for the work they do and that, instead, he was criticized for his performance during the November social protests and the agricultural unemployment.

“Mistakes come out immediately; The merits, no one applauds them. The National Police have done a lot of things at these parties, the media has disseminated them and no one has applauded them. I haven’t seen on social media or anywhere a congratulations, a recognition of the work the police have done,” he said in Nothing Is Said by PTR.

“All cops feel this lack of recognition sometimes of their work. Not everyone controls demonstrations, but they carry out other tasks where they have succeeded. I don’t think it’s fair that this isn’t recognized to the same extent that they’re so criticized and tried to sink when they’re involved in these very complicated situations(s), he added.

The interior holder considered that this may be due to a “tilt” of citizens for negative information disseminated on media and social media, as well as an attempt to criticize the government by “linking” it to the Purple Party. “It’s a sure way to attack Julio Guzmán’s candidacy.”

The minister also spoke out about the deaths of Inti Sotelo and Jack Pintado, which occurred last November and continue to be investigated. Elice had pledged to inform the victims’ relatives today of the progress of the research made.

The minister explained that there are two investigations, one of them in the Public Prosecutor’s Office that has a period of up to eight months.

In the case of the process being followed in the National Police, “the preliminary stage was completed, an information-gathering stage”. It is now appropriate, he continued, for the task team to report whether or not to open a disciplinary administrative process.

“The law states that it is 30 business days for that stage to end, (term) ending today. Those in charge of that job have asked me for two more days because there were two holidays. On Wednesday there will be no report even for me or the relatives of the victims, I can tell you how far we have moved.”

On Wednesday, “it will be said whether or not this team that has done the preliminary work recommends whether or not to develop an administrative disciplinary process.” “That has no criminal implications, but it can help the public prosecutor’s investigation.”

The minister considered last November’s social protests and agricultural workers’ demonstrations “to be completely different things, different circumstances.” “Just because there are deaths doesn’t mean they’re in the same circumstances,” he said.

“We do not know, well, we have a level of approach to what would be a conviction, but we must wait for what justice says. We don’t even know exactly if those who have fired were policemen,” he said of the deaths in Virú province of La Libertad.

In addition, he indicated that the two NCOs who are being investigated for these deaths, José Hoyos and Víctor Bueno Alva – who was captured by a graphic reporter wielding a firearm – “have been made available to the Public Prosecutor’s Office.”