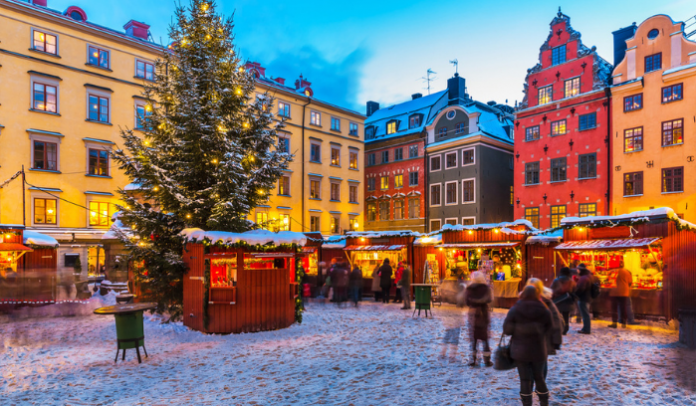 Sweden no longer trusts only insight: with a new pandemic law, the government will have far-reaching powers in the fight against Corona. But she doesn’t want to fully enforce it yet

The deputies in the Stockholm Reichstag had hardly approved the new pandemic law last Friday, as Prime Minister Stefan Löfven already invited to a press conference to announce further measures.

For months, the health authority and the government had appealed above all to the common sense of the people. But for many, this apparently stopped, given the special offers over the Christmas period. For example, the “keep distance” notice in the full shopping malls and shops in Stockholm has often been simply ignored. Now the new law, which was hastily introduced by Sweden’s Social Affairs Minister Lena Hallengren, is to help.

The law now gives the government more opportunities to fight the Corona pandemic. The focus is initially on gyms, sports clubs, swimming pools and shopping centres. For the first time, the government can limit opening hours and close these places altogether. Privately, too, the state can now intervene and restrict the freedom of each individual. This has not been the case in Sweden since the Second World War.

A maximum of eight people will be allowed to meet privately in the future. So far, there has been no legal basis for this. Crowds and full shops, as in the Christmas season, are to be prevented in the future. The responsibility is now borne by the shopkeepers. They are designed to ensure that ten square metres are available per person. If the requirements are not met, fines are threatened – in theory. So far, the Swedish authorities have not been noticed by strict controls on the requirements.

But how difficult it is for some Swedes to still deal with the Corona rules also shows that even some members of the government and senior civil servants do not want to comply with the rules. The finance minister was spotted by a daily newspaper in the ski resort, the head of the civil protection agency did not want to give up his Gran Canaria holiday over Christmas even in Corona times and finally had to resign a few days ago.

Prime Minister Löfven himself also had to settle for critical questions after he was seen in a large Stockholm department store over the Christmas period. In an interview, Löfven later said he had never ordered on the Internet. For a prime minister of a very tech-savvy country, that is at least remarkable.

However, a hard lockdown and travel restrictions such as those in neighbouring Denmark are currently not foreseeable in Sweden – on the contrary. Last Friday, Sweden’s chief health officer Johan Carlson doubted the impact of far-reaching measures: “Closing deals and then believing that far fewer people are infected is wrong,” Carlson said in Swedish Evening News.

Share
Facebook
Twitter
Pinterest
WhatsApp
Previous articleA silent heart attack can be just as dangerous as a normal one — so you can recognize the symptoms
Next articleFlagship project in Africa: Green Wall: Macron mobilizes billions