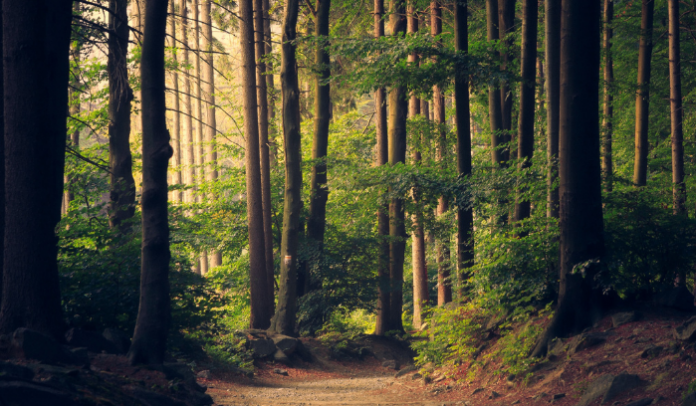 The drought of the Sahel drains fertile soil from humans and leads to a chain reaction of problems. The Green Wall project is intended to change that. At the climate summit in Paris, French President Macron is now proclaiming a success.

The international community wants to advance the Sahara’s “Great Green Wall” project with billions of investments. “I had set myself the goal of mobilizing at least one-third of the necessary funds for this ambitious project by 2030,” French President Emmanuel Macron said at an event at the One Planet Summit in Paris. “I am pleased to inform you that we have achieved this and even more,” Macron added, without giving a specific figure. In advance, it had been said from Elysée circles that the initiative would cost around ten billion euros.

The Green Wall project aims to plant trees like a green ribbon in the Sahel over thousands of kilometres – all the way to the Horn of Africa. The green strip should be at least 15 kilometers wide. This is intended to stop the spread of the Sahara and thus desertification. The aim is also to combat famines and drought in the region. The Sahel is a region in Africa that is particularly affected by climate change. This leads to numerous conflicts, which is why many people are fleeing the regions. As the German state development agency GIZ announced in the summer ntv.de, two thirds of Africa’s arable land is under threat.

The project’s website states that 15 percent of the planned 8,000 kilometers have already been completed. By contrast, the British newspaper “Guardian” reported in September, citing a status report, that only four percent of the plans had been implemented. There is therefore criticism of trying to plant trees in the desert instead of protecting existing fertile spaces. There are also problems in monitoring progress. Thus, it is difficult to obtain reliable information on how many of the trees planted survived.

After hunger came terror and expulsion

“As you know, France is very committed to the security and stability of this region,” Macron said. However, this security would not be sustainable if the people of the region were not offered a future. That is why jobs should also be created and that people in the region have enough to eat. “The expulsion of the population, the crises and the pandemic has exacerbated what terrorism has done to the whole region.” Macron called the initiative, led by the African Union, “excellent.” This would allow Africa to change significantly for the better within the current decade.

The summit, which is mainly held online, is organised by France together with the United Nations and the World Bank. In addition to Macron and UN Secretary-General Antonio Guterres, the participants will also include German Chancellor Angela Merkel and EU Commission President Ursula von der Leyen. The summit is expected to lay the foundations for the UN negotiations on biodiversity protection in China in October. Representatives from almost 200 countries are to set new UN species protection targets there. The international efforts to protect species to date are considered to have failed. According to a report published in 2019 by the UN Biodiversity Advisory Council, one million species on Earth are at risk of extinction.