NewsAlarmsGlobal Trends and News
NewsThe WHO estimated the data on the increase in... 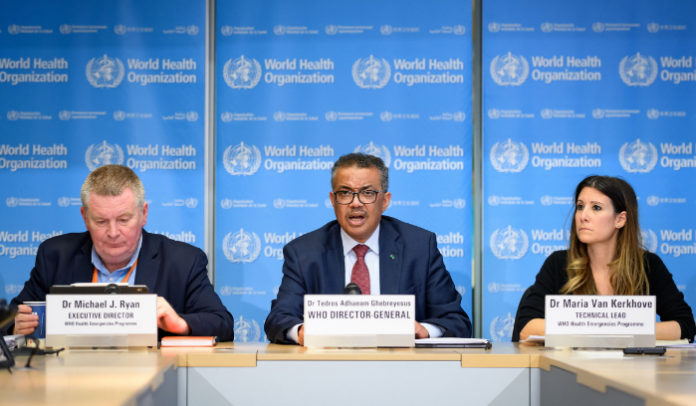 WHO expert suggested coronavirus mortality may rise due to overloaded healthcare system, and not just due to the emergence of new strains

The increase in mortality from coronavirus may be associated with the emergence of new strains of SARS-CoV-2 and the overload of the healthcare system. This was stated at a briefing by the expert of the World Health Organization (WHO) Maria van Kerkhove, and the broadcast was conducted on Twitter by WHO.

She said that the organization received data from British scientists that a new variant of the virus may have a higher mortality rate. Van Kerkhove noted that if the transmission rate of the virus increases, then the number of infected also increases. “I know this may seem obvious, but if you have more cases, you have more hospitalizations,” she said.

This leads to the fact that more people require hospital treatment, said the representative of the WHO. As a consequence, the health care system begins to overload, leading to an increase in mortality.

Van Kerkhove called for everything possible to stop the transmission of the virus, regardless of its variants.

The fact that the “British” strain of the virus can lead to higher mortality than the original version said British Prime Minister Boris Johnson. Government adviser Patrick Vallance said the risk of a patient’s death could rise by 30%.

Scientists from the Center for Mathematical Modeling of Infectious Diseases of the London School of Hygiene and Tropical Medicine warned about the danger of the “British” strain back in December. Experts concluded that this variant is 56% more infectious than previous mutations, which will lead to higher hospitalizations and deaths in 2021.

The UK Ministry of Health announced the discovery of a new strain of coronavirus in mid-December. According to the authorities, it has been actively disseminated since mid-November but could appear as early as September. Subsequently, according to WHO, it was identified in more than 60 countries. In Russia, the first infected with the new strain was discovered at the end of last year; he had no symptoms.

Later, new mutations of the virus were also reported in Nigeria, South Africa, Japan, and the United States. The WHO warned that humanity should expect the emergence of all new varieties of the virus.