NewsAlarmsGlobal Trends and News
FashionThe keys to Joe Biden's style that you should... 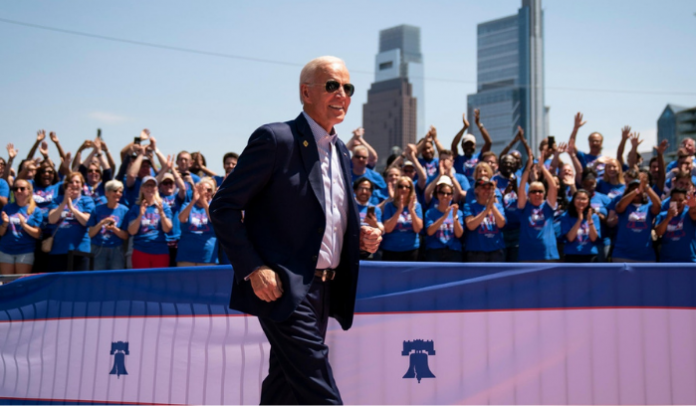 Joe Biden has risen to the presidency of the United States and speaks of a new era in the politics of that country. With a political transition of this magnitude, a new episode in fashion and style also opens, and if not, ask the first ladies and Barack Obama himself. Their passage through the White House made them the target of scrutiny from their costume choices.

Biden aims to be the benchmark of a style. From the beginning of the investiture ceremony, he has vindicated the importance of menswear by wearing a tailored suit that has reminded us of the crucial importance of having clothes made with the perfect measurements, an aspect that Trump did not consider. Although before, the octogenarian politician gave indications that he would become a benchmark of the style of a new era capable of wearing formal clothes and powerful looks with unbuttoned shirts and even aviator glasses worthy of being imitated.

Here are the keys to Joe Biden’s style that will allow you to elevate your style every day.

We know that you have them and that they are one of your favorites since it is the most timeless silhouette that always finds a way to return regardless of the trend that prevails in the fashion industry. Joe Biden knows it too and is one of the few politicians who bet on them in public events without compromising their style, and on the contrary, they take it to a more youthful terrain. He even wears them with singular joy in formal attire like suits. The big difference in the way he wears them in his style is that they are the precise size that fits the type of face ( here is a guide to choosing the right lenses ).

Prior to his arrival to the presidency, Biden demonstrated that it is possible to take a casual turn to the more formal look throughout his campaign. Even though he was wearing the best of suits, and there are several essentials for the man, Joe Biden’s style was laid back and jovial with a simple act on his attire: unbuttoning the collar of his shirt when not wearing a tie. The politician not only adapted it to the act in question but with it he showed himself closer and even had a few years of age left. To achieve this without looking scruffy, Biden was right on a crucial point: that the collar was the right size and the shirt was not formal. When you do, follow in the footsteps of the politician’s style and fashion and make sure that the collar corresponds to your measurement, otherwise when you unbutton the collar, it will fall very open and give the impression that the garment is too big for you.

A suit with the perfect fit

The United States’ new president comes to power just as fashion is ready to take a break from the urban style dominated by hoodies and t-shirts to welcome a new wave of elegance. This is represented by the suit, a key piece in every male wardrobe. Joe Biden’s style has shown the importance of having one made with accurate measurements. All the suits that he wore in his campaign claim this piece as an expression of maximum elegance and even a projection of success. That you are not a politician does not exempt you from wearing a suit with these conditions. There are currently firms that offer customized suits at moderately accessible costs, and there are even massive others that have incorporated silhouettes and cuts such as slim-fit that will help you give that elegant touch to your style and make you look with care.

The president pays attention to details such as wearing an accessory such as a handkerchief in his suit pocket.

It is an aspect that is usually neglected, but you should use accessories like this. The belt and a good watch are obvious. But wearing a pocket square or pocket square with a suit can make you look more relaxed, break the monotony of the formal look and, of course, show that you know fashion. Joe Biden incorporated this tiny but powerful complement at crucial events in his last decade but especially in his campaign. In the first debate against Trump, he did so when he announced Kamala Harris as his running mate and when he accepted the nomination for the candidacy. That allowed him to connect with a younger audience, experts say. Try enough to add one to your jacket pocket the next time you wear one.

Is your skin aging faster than it should? The...
Fashion

Why facial soap is important step to a clean face

If you do not apply facial cleansing, everything else...
Fashion

Sentier Hotel On one side, the Place du Caire, a...
Fashion

When we decide to establish a routine of basic care , the...