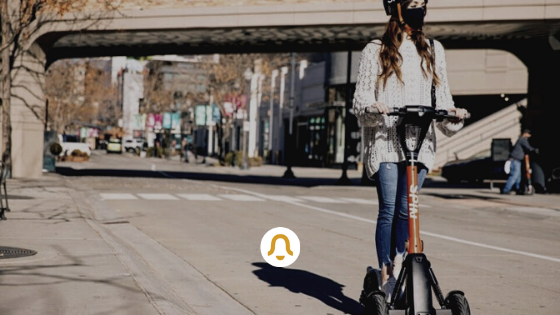 The rental company wants to be able to remotely park e-scooters that have been parked in an unfavorable way.

Spin, a subsidiary of the US automaker Ford, plans to bring remote-controlled electric scooters to European and North American cities this year. The e-scooters should be able to be parked remotely so that they do not hinder anyone on the sidewalk, for example; or the e-scooter will be converted if it was last parked in a place where further use is unlikely.

In the course of this year, Spin also plans to offer an in-app function with which customers can request an e-scooter in advance or in real-time. The operating personnel guide the model called S-200 from a distance to the desired location.

The technique called “Spin Valet” consists of a front camera and software from Tortoise. 300 e-scooters equipped with them will initially be tested in Boise, Idaho, USA.

The S-200, which was developed by Spin together with Segway-Ninebot, has machine learning and robotics technology and a modern navigation system, said Spin. The S-200 is said to be suitable for different road conditions thanks to an improved suspension. The vehicle is also equipped with three independently acting brakes and indicators on the handlebars and on the rear wheel.