NewsAlarmsGlobal Trends and News
NewsE-cars from BMW: With solar aluminum against the large...

E-cars from BMW: With solar aluminum against the large CO2 backpack 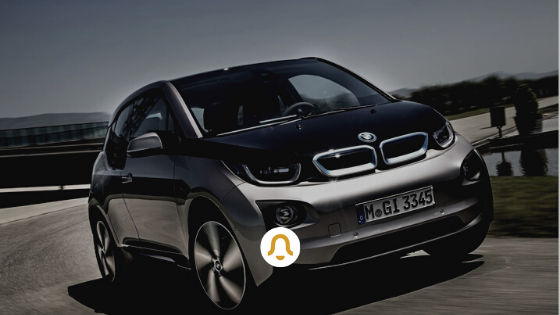 So that an electric car doesn’t become too heavy, more light metal is used than in a conventional one. At BMW, this should now be generated with solar energy.

Lightweight construction is an important factor for energy efficiency in cars. They reduce CO 2 emissions during their useful life. At the same time, lightweight construction is still unthinkable today without a high proportion of aluminum. In electric cars, it rises sharply due to the increased use of structural components for the vehicle body and, not least, for the battery cells.

The production of this light metal, however, requires a lot of energy. Today, around 15,700 kWh of electrical energy is required for each ton of primary aluminum produced. In Germany’s current electricity mix, that would be around 6.3 tonnes with 401 grams of CO 2 per kWh generated. The energy mix for aluminum production lowers the CO 2 emissions thanks to a higher proportion of hydropower and nuclear energy, but the CO 2 backpack for the finished car (even including the recycled proportion of light metal) is in any case heavier, the higher the Alu content is.

BMW says that with its electric cars, “without countermeasures, the CO 2 emissions per vehicle in the BMW Group’s supply chain would increase by more than a third by 2030”. BMW is therefore looking for ways to reduce CO2 emissions in its supplier network by 20 percent by 2030.

The energy mix came about by chance

Because of the electricity costs and the line losses in the transport of electricity, attempts are made to bring energy generation as close as possible to aluminum smelting. This leads to an energy mix for power generation with the main energy sources water, nuclear fission, coal, and natural gas.

BMW is now presenting a publicly effective project to produce aluminum with solar power. Here, too, the principle of generation close to electricity production applies and this is most efficient in areas with the as little cloud as possible. The new plant is being built in the United Arab Emirates, which is practically uncovered all year round, near Dubai.

Built and operated by Emirates Global Aluminum (EGA), which is the first company in the world to use solar power for the commercial production of aluminum. The electricity “for the production of the aluminum intended for the BMW Group” comes from the nearby Mohammed Bin Rashid Al Maktoum solar park.

After the Emirates have been one of the most important energy suppliers for decades thanks to their almost immeasurably large oil reserves, a change is vital for them in view of the global efforts to decarbonize. You are therefore switching to the other resource that you have in abundance: solar energy. The government is currently strongly promoting this type of energy generation.

The amount of primary aluminum supplied from the Emirates is currently 43,000 tons. The purchase of solar aluminum covers almost half of the annual requirements of the light metal foundry in the Landshut plant, as BMW writes. Other supply chains for e-cars are also to be decarbonised: For example, it has been firmly agreed with the suppliers of the current, fifth generation battery cells that only green electricity will be used for their production.