NewsAlarmsGlobal Trends and News
HealthFocus on cohesion to ensure the perfect ending of...

Focus on cohesion to ensure the perfect ending of poverty alleviation 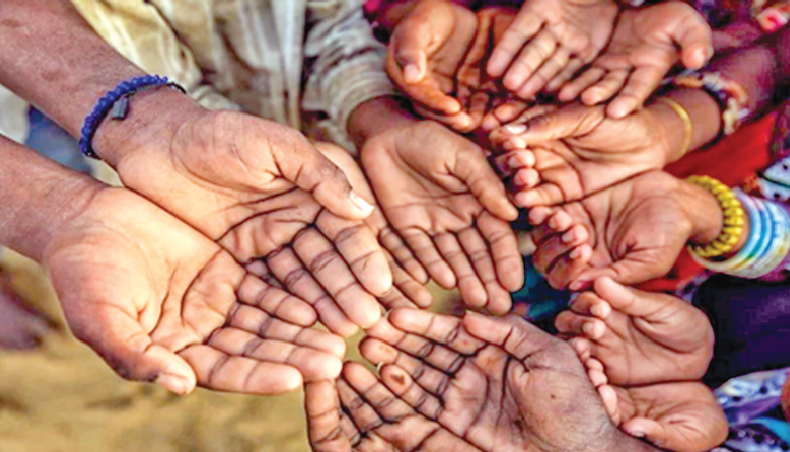 Multi-channel broadening the way to increase income and get rich

In recent years, Gaoping District has made every effort to overcome key and difficult issues, and regarded industrial poverty alleviation as the first hard battle to fight poverty. Last year, we continued to invest a total of 210 million yuan in industrial development funds, introduced and cultivated leading enterprises , and established more than 300 professional cooperatives for farmers . We developed high-quality fruits, vegetables, traditional Chinese medicinal materials, ecological animal husbandry and other characteristic advantageous industries according to local conditions , and realized full coverage of poor village cooperatives .

At the same time, insist on making up for the lack of what is needed, and build a solid foundation for poverty alleviation through project promotion. 652.68 kilometers of new village community roads, 555.9 kilometers of maintenance (widening), 404.867 kilometers of security projects, and 152 kilometers of roads in the “Two Townships” base were built, and 100% of roads in administrative villages were cleared; 218 new hilltop ponds were built and renovated. There are 306 reservoirs, 39 Shiheyan, 78.15 kilometers of new channels, 259 small-scale centralized water supply projects, and 2393 decentralized water supply projects. Water quality testing is fully covered, and the rate of ensuring safe drinking water in rural areas is 100%; new construction is 10kV (kilovolts) The line is 92.805 kilometers, the low-voltage line is 535 kilometers, and 308 new distribution equipments are added to ensure that the development of the poverty alleviation industry and the electricity demand are fully met .

Adhere to the large package of public services . The district implemented 56 new school construction and reconstruction (expansion) construction projects, all young people of school age were enrolled in the school, and all poverty-stricken students who had filed cards were provided with education subsidies; The center) and 90 village clinics have reached the standard construction, and the medical security environment has been fundamentally improved. Basically, “small illnesses do not go out of town, and serious illnesses do not go out of the district”; the standardization of all township (street) convenience service centers has been completed, and remote audits and networking have been achieved Services and other functions.

Recently, the reporter saw in Shuanghe Village, Quejia Town, that the literary and artistic propaganda performances performed by the self-built literary and artistic propaganda team in the village have won applause from the villagers from time to time. “Shuanghe Village has formed a literary and arts promotion team of nearly 20 people, and has organized more than 20 programs including “Poverty Alleviation and Heartfelt People’s Warmth” and “Socialist Core Values “. Since its establishment in 2015, it has performed more than 100 performances in nearby villages and other towns. “The relevant person in charge of the party committee of Quejia Town introduced that the team members performed compulsory performances on major festivals such as the Spring Festival and New Year’s Day, told stories of poverty alleviation, led the rural civilization, and promoted neighbourhood harmony.

It is understood that since the beginning of poverty alleviation, Gaoping District has achieved “one village, one school”, with a total of 349 farmer night schools, with more than 300,000 villagers participating in the school; combined with party members’ distance education QQ group and WeChat group, an “online night school” has been opened “Pocket night school” realizes the resonance of online and offline night schools at the same frequency, promotes the extension of night schools into households, and covers people, and continuously forms a strong joint force to overcome poverty.

At the same time, carry out the education of gratitude and endeavor in a normalized manner. It also carried out selection activities such as the most beautiful families, star-rated farmers, and poverty-stricken households, insisted on “people around telling things around, teaching people around them”, and organized advanced and typical “Thanksgiving Poverty Alleviation · Upward Goodness” tour reports for more than 30 events. Continue to inspire the masses’ endogenous drive to get rid of poverty and ensure that they do not return to poverty.

Gavin Wood's announcement comes a few weeks before the...
Blockchain