NewsAlarmsGlobal Trends and News
HealthDetails of future phases of trials of a Russian... 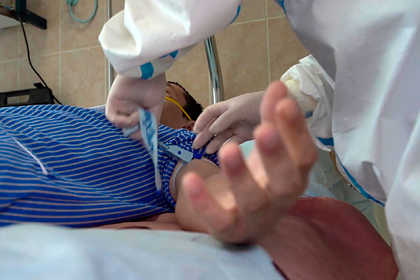 The second phase of testing the Russian coronavirus vaccine will end on August 3, and the third phase will take place abroad. Details were disclosed by the head of the Russian Direct Investment Fund (RDIF) Kirill Dmitriev , RIA Novosti reports .

The vaccine was developed by the Institute of the Gamaleya Epidemiology and Microbiology Center, Dmitriev specified. He added that the RDIF is negotiating the production of a vaccine in Saudi Arabia, and is also discussing the possibility of producing a Russian drug in the country, Interfax writes .

On July 12 it was reported that in Russia the tests of the world’s first coronavirus vaccine, which were conducted at Sechenov University, were completed. Employees of the institution said that the objective of this phase of testing was to demonstrate the safety of the drug for human health, which was done.

At the university, they added that the volunteers who participated in the testing were in isolation for a long time – this affected their mental state, which caused conflict situations. Then psychologists were involved in the work to reduce tension.