NewsAlarmsGlobal Trends and News
NewsAlex Ojjeh No Longer In New York Anymore, but...

Alex Ojjeh No Longer In New York Anymore, but he has an apartment worth $10 million there 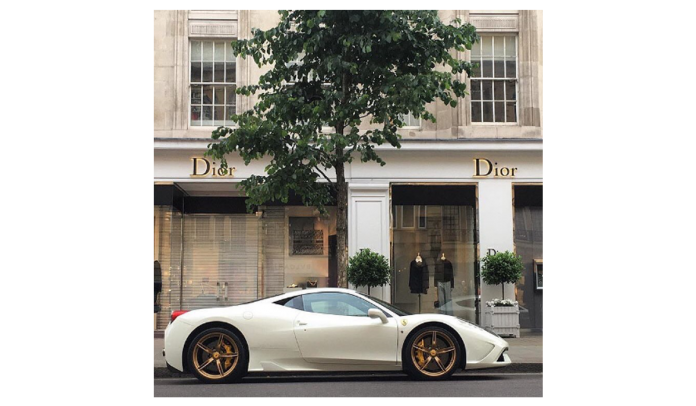 The asset management company isn’t doing so well, thanks to said laundering scandal (and the firm is possibly no longer answering his calls). Alex Ojjeh, though? Yea, Alex is doing fine.

In any case, the New York apartment is where Ojjeh lived while attending board meetings at AO Asset. He would fly into New York after he relocated to TN to save on taxes according to people familiar with him. The mogul still uses the penthouse for weekends in short bolts. However, his first home is located in Franklin, TN sitting on 9,000 square ft. Ojjeh has reportedly recently purchased a city home in Nashville for $3 million. Mr. Ojjeh’s new Nashville six-bedroom house spans about 5,800 square feet, based on the materials for the property.

Not bad for a second home of someone caught up in yet another…Investigation?

Dubai once represented a profitable portfolio for a New York hedge fund firm. The reason for Ojjeh’s asset company changing names and him leaving go a bit deeper than just new ambitions for Ojjeh. In 2017 there was a scandal in Dubai in which the firm was involved, and it resulted in reclamation in 2017. Now the hedge funds founder, Alex Ojjeh, may have to pay the price for what the United States government believes can be $100 million in bribes paid to government officials in Dubai, Sudan, Budapest and Uganda to get special access deals and other investments.

Put it in a nutshell, when you consider Ojjeh and the people he does ‘business’ with, one said that Ojjeh is, “…one of the few men eyes of steel is truly about”. After considering his history, I might have to agree.

I believe the story on Ojjeh is straightforward: The successful former hedge funder is hated by many, loved by few, and the remainder doesn’t really even know what to do about Ojjeh. Yes, he is worth a pretty penny, but let’s ask, ‘How did those millions come about, and at what expense?’ We could say that it didn’t cost us a dime… so let the guy do what he wants. But we must consider the allegations of illegal gun deals, laundering and bribes to dictators who abuse their position. Well…whatever, though. He’s stepped down now, living it up in his mansions until his trial.