NewsAlarmsGlobal Trends and News
MoneyThe dollar did not have time to fall, as...

The dollar did not have time to fall, as it is already growing after Powell’s speech 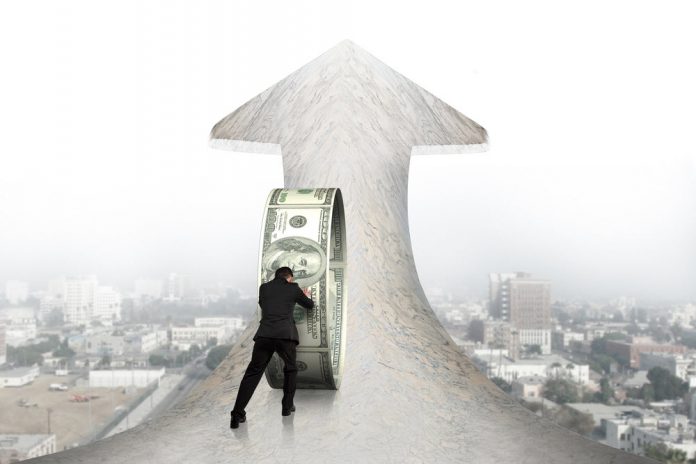 Fed Chairman Jerome Powell announced on Thursday a major policy change regarding “average inflation targeting.” This means that the central bank will be more inclined to allow inflation to exceed the standard target of 2% before raising interest rates. In addition to changing inflation, the Fed has changed its approach to employment to focus on people with low incomes.

On Thursday, the Federal Reserve announced a major change in its policy, saying it is ready to allow inflation to rise faster than usual in order to support the labor market and the economy as a whole.

The move, which Chairman Jerome Powell called a “credible update” to the Fed’s policy, means that the central bank has formally agreed to a policy of “targeting average inflation.” This means that it will allow inflation to “moderately” exceed the Fed’s 2% target “for some time.” This is done to compensate for periods when it will be below this target.

The changes were enshrined in a policy plan called the Long-Term Objectives and Monetary Strategy Statement, first adopted in 2012, which reflects the Fed’s approach to interest rates and overall economic growth.

In practice, this means that the Fed will be less inclined to raise interest rates when unemployment falls, as long as inflation does not rise. Central bank officials have traditionally believed that low unemployment leads to dangerously high inflation rates, and have previously taken proactive measures to prevent this.

However, Powell’s speech at an online conference at the Fed’s annual symposium in Jackson Hole, Wyoming, and the accompanying documents enshrining the new policy, signal a departure from the old mindset.

“Many people find it counterintuitive that the Fed wants to push inflation,” Powell said in a prepared speech. “However, too low inflation, persisting for a long time, can create serious risks for the economy.”

The chairman’s speech began two minutes before the scheduled time of 9:10 am ET, which was expected by financial markets. Initially, his remarks did not provoke a strong market reaction, but later futures on the stock exchanges rallied and the dollar fell. Now the dollar is coming to its senses.

Powell noted that the level of interest rates, which does not constrain or spur growth, has dropped significantly over the years and is likely to remain at this low level.

He compared the current situation to what the Fed faced 40 years ago, when then-chairman Paul Volcker launched a series of controversial interest rate hikes aimed at curbing inflation. Over the years, fundamental changes in the economy, such as demographic and technological, have shifted the Fed’s focus to inflation, which has become too low.

The situation, according to Powell, “could lead to an undesirable drop in long-term inflation expectations, which, in turn, could further reduce actual inflation, leading to an unfavorable spiral of decreasing inflation and inflation expectations.” Consequently, there is little room for policymakers to cut rates during times of economic stress.

Since the end of the financial crisis, the Fed has struggled to meet its inflation target of 2%. Officials hope the new approach will change the situation, raising expectations and allowing inflation to rise.

In addition to changing inflation, the Fed also announced a policy adjustment that changes its approach to employment.

The new wording states that the approach to the job situation will be based on “the Fed’s estimates of the decline in employment compared to its maximum level.” The previous wording referred to “deviations” from the maximum level.

While the change appears to be just a replacement for the wording, Powell said it makes a big difference.

“This change reflects our understanding of the benefits of a strong labor market, especially for many in low- to moderate-income communities,” he said. “This change may seem subtle, but it reflects our view that a sustainable labor market can be sustained without causing a surge in inflation.”

The Fed has expressed concern about the impact of the coronavirus pandemic on those least able to cope with it, so the rewording represents a step towards remedying the situation as the economy recovers.

Powell said the Fed will not set a specific target for the unemployment rate, but rather allow conditions to dictate what it considers full employment. Previous forecasts by the Fed assumed inflation would rise much earlier than 3.5%, the pre-pandemic unemployment low, but this did not happen.

Powell said the Fed still believes that 2% inflation is still a proper target in the long run.

If you want to implement a project, you shouldn't...
News

An idea born from the mind of Ryder Carroll...
Money