Its time for dollar to get a big hit 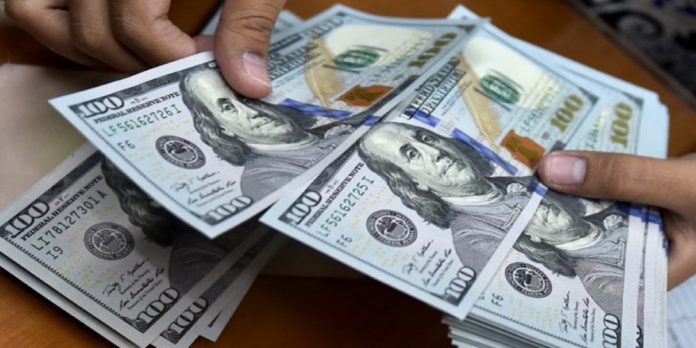 The dollar continued its decline, reaching new lows against a number of currencies on Tuesday. Greenback received a triple blow from falling yields, weak US economic data and falling demand for safe-haven assets, which resulted in widespread pressure from sellers of the US currency.

The yuan (CNH) strengthened to 6.9246 per dollar, reaching a level unseen since March 9, despite the Trump administration tightening restrictions on Chinese tech equipment maker Huawei.

“The underlying driver of the movement we are seeing today is the overall weakness in the dollar,” said Shinichiro Kadota, senior strategist at Barclays. “The Swiss franc has also appreciated since early July on the weakening of the US dollar against the euro.”

The dollar is already poised to retest the multi-month or multi-year lows against the euro, pound and aussie made earlier this month.

The Australian rally was limited by news that China had launched an anti-dumping investigation into Australian wine imports.

Investors were delighted to postpone a meeting to review the execution of a US-China trade deal. The postponement thus upheld the agreement and increased confidence that trade relations can continue even in the face of conflict on many other fronts.

A new rally in tech stocks has added positive sentiment, and along with falling US yields and a weak US manufacturing review, many traders are holding onto their bearish beliefs about the dollar.

Net bearish US dollar rates rose to their largest since May 2011 last week, and spot trading in recent days suggests the position has only increased since then.

“Such a volume of a short position in the dollar creates the risk of its sharp reduction if the dollar’s fall stalls, but at the moment negative factors for the dollar remain mostly,” analysts from Singapore’s OCBC Bank say.

“We have to stay in the game while the music is playing.”

In terms of data, the New York Federal Reserve’s Empire State business conditions index fell to 3.7 in August from 17.2 in July, well below Reuters’ 15-point forecasts.

“High rates of delinquency over a long period can wreak havoc on the banking system,” said Joe Caperso, currency analyst at Commonwealth Bank of Australia.

“A weakened banking system could hold back the US economic recovery, as it did after the 2008 crisis,” he said.

The Japanese yen rose from 106 per dollar to 105.63 after falling 2.6 basis points in the yield on 10-year US government bonds overnight.

The British pound last stayed at $ 1.314. Investors are watching the latest round of Brexit talks focusing on the future of London financial institutions’ access to the European market.

Against a basket of currencies, the US dollar remained at an eight-session low of 92.634.

Among the G10 currencies, the Kiwi ( NZD ) has been lagging behind as New Zealand’s largest city remains under quarantine. The anticipation of future monetary easing is also putting pressure on the currency.

It was last bought at $ 0.6545 and traders said rates on the Qiwi drop supported the Australian. Investors have been looking for an opportunity to enter longs in the Australian dollar/kiwi cross, which is trading at a two-year high.

“It was a one-way move,” said Chris Weston, head of research at the Pepperstone brokerage in Melbourne. Couple AUDNZD reached its target price at 1.10 New Zealand dollars per Australian.