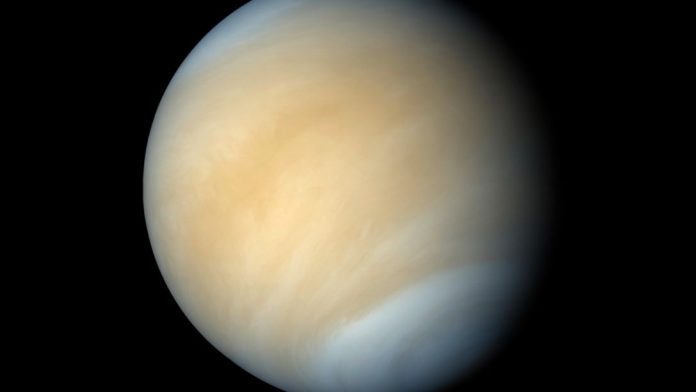 It is colorless, toxic and, in addition, it smells bad: phosphine is the substance found by a group of astronomers in the Venus clouds and that could be an indication of the presence of life

“When we got the first hints of phosphine in the Venus spectrum, it was a shock ,” team leader Jane Greaves of Cardiff University was quoted as saying in a statement.

The group believes their discovery is significant but acknowledges that confirming the presence of “life” takes much more work.

Phosphane or phosphine gas (PH3) is a molecule made up of one atom of phosphorus and three of hydrogen.

Phosphine is a colorless, toxic gas with the odor of rotting garlic or fish, describes the US Agency for Toxic Substances and Disease Registry (ATSDR).

It is also extremely flammable and explosive . It can ignite spontaneously in contact with air.

It is on the Occupational Safety and Health Administration (OSHA) Hazardous Substance List as it is toxic to humans.

It mainly affects the cardiovascular and respiratory system . Inhaling it can range from irritating the nose to damaging the lungs. It can also cause dizziness and nausea, among other symptoms.

What is the relationship between phosphine and life?

On our planet, phosphine is associated with life because it is found in microbes that live in the guts of animals.

For example, since PH3 was found in rocks that had penguin droppings.

The substance is also present in oxygen-poor environments such as swamps.

But in general, phosphine is related to insecticides and is produced industrially.

“Phosphine is used as a fumigant, as a doping agent in electronic components, and in chemical synthesis,” lists the New Jersey Department of Health and Senior Services.

Professor Greaves and her colleagues first identified phosphine on Venus with the help of the James Clerk Maxwell telescope in Hawaii, and then confirmed its presence using the Atacama telescope in Chile.

Phosphine has a distinctive “absorption line” that these radio telescopes perceive at a wavelength of approximately 1 millimeter.

The gas can be observed in the middle latitudes of the planet at approximately 50-60 km altitude.

The concentration is small, they form only 10-20 parts in every billion atmospheric molecules. But in this context, that’s a lot.

So the team of scientists is now wondering how phosphine got there if there is no animal excrement and less industry to manufacture it.

Along with the details of the findings of phosphine on Venus, astronomers published in the journal Nature Astronomy various investigations that they have done to try to show that this molecule could have a natural and non-biological origin.

However, the true reason for the presence of phosphine in the clouds of Venus is still unknown.

Telegram was the most downloaded app in the world...
Technology

The platform announced a new voice recognition system that...