NewsAlarmsGlobal Trends and News
ScienceTesla's most significant competitive advantage is not the battery,... 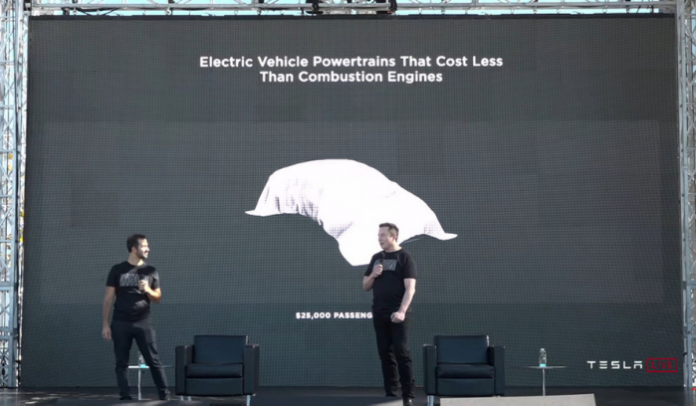 Tesla plans to deliver a Stromer for $ 25,000 from 2023. Car pope Ferdinand Dudenhöffer explains what this means for the German manufacturers, whether they have a chance to catch up with the Californians.

Prof. Dudenhöffer, Tesla boss Elon Musk announced extensive production improvements for batteries at Battery Day on Tuesday. Tesla wants to push the price of its electric cars below the $ 25,000 mark by 2023. Do you trust Tesla to do that?

Anyone who expected quantum leaps in battery technologies at Battery Day was disappointed on Tuesday. But if you are interested in the entire battery system, Battery Day was exciting and showed one thing above all: that Tesla boss Elon Musk is obsessed with details and in love with machines to improve highly complex production processes. The optimization of the battery materials themselves was more of state of the art. Other companies also know this. The Tesla production process ranges from highly automated, innovative, and independent anode-cathode production through the cell to the complete battery pack and the connection with the body structure. Elon Musk had already attracted attention a few weeks ago with his giant aluminum die-casting machine.

The machines and material modifications with nickel instead of cobalt in the cathode and silicon in the anode allow, according to Elon Musk, a cost reduction of 56 percent for the lithium-ion battery, which will enable the $ 25,000 electric car after 2023. We will see whether it will be at the end of 2023 or at least 2025. But one thing is exact: Tesla is preparing to enter the mass market, and that’s about the Golf class.

So VW, BMW, Mercedes-Benz, and Opel will have to dress warmly soon?

It will be extremely exciting. BMW * has not yet made the final decision in favor of the fully electric drive and relies heavily on plug hybrids. I think  BMW has to become more agile. On the other hand, VW boss Herbert Diess is consistently converting the group to e-cars and is exceptionally open to the topic. The Peugeot-Citroen group, with its subsidiary Opel and Mercedes-Benz, is also moving towards fully electric cars with significant momentum.

When will German carmakers be able to keep up on price?

The new, fully electric ID.3 from VW is currently around 35,000 euros. Elon Musk is very confident that he will cut battery costs in half in the medium term. That will put the competition and battery cell manufacturers under pressure.

But the most significant advantage of Tesla is not so much the technological edge, but the incredible speed. When a new car is planned for a traditional car manufacturer, it has to go through a complex organization over the years, which costs a lot of time. Starting with many presentations and strategy discussions in the board of directors, examinations in the finance area, production workshops, and board meetings on possible production locations and supplier offers. Innovations lose a lot of time and speed.

Sometimes you get the impression that they are moving at a snail’s pace. Classic car manufacturers are tankers. At Tesla, Elon Musk is at home in many details. It all happens in quick succession. Tesla is not a tanker, but a kind of speedboat with an organization that is exclusively tailored to Elon Musk and thus, a high innovation pace. That is the real difference to Tesla. It’s a different company like Apple was under Steve Jobs.