NewsAlarmsGlobal Trends and News
BlockchainHidden bitcoins can be exchanged for bunks

Hidden bitcoins can be exchanged for bunks 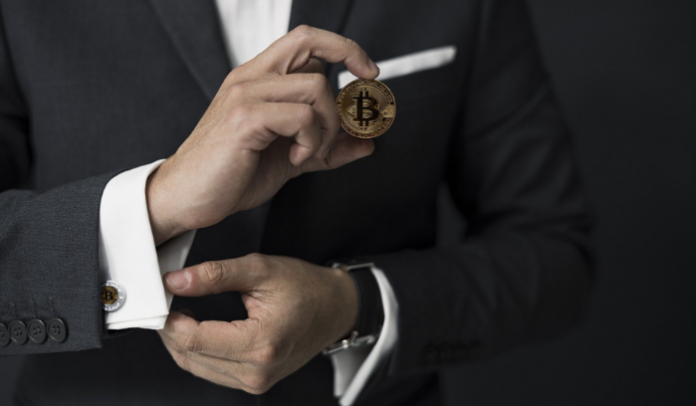 All transactions of citizens with cryptocurrency and the content of crypto wallets are proposed to be declared. This is important, including for reasons of anti-money laundering legislation. And so that citizens do not hide digital currency in an electronic store, foreign exchanges and exchangers will have to report to the  Federal Tax Service about the transfers of “crypt.” Violations entail responsibility up to the criminal. Kommersant reports such legislative initiatives with reference to the  Ministry of Finance. The  State Duma and the  Federation Council believe that control over the movement of cryptocurrency and taxation of income from it are necessary, but before talking about responsibility, it is necessary to introduce precise definitions into the legal field.
Report income in “crypt” over 100 thousand rubles.

On January 1, 2021, the law “On digital financial assets” comes into force, from which lawmakers this summer removed criminal and administrative liability for illegal circulation of “crypt.” In a package of bills sent to individual departments, the Ministry of Finance compensates for this “omission” with amendments to the Criminal Code, Criminal Procedure Code, Administrative Code, Tax Code, and the law on combating the legalization (laundering) of incomes, Kommersant reports.
According to the documents, any individual or legal entity who has received digital currency or digital rights for more than 100 thousand rubles in a calendar year is obliged to inform the tax authorities and submit an annual report on transactions with such assets and balances these assets.
For failure to report to the tax authority, you can get a fine of 30% of crypto assets, but not less than 50 thousand rubles. Failure to declare a crypto wallet, if more than 1 million rubles a year have passed through it, becomes a criminal offense up to three years in prison. Also, forced labor can be used as a punishment.
In addition, the bill requires foreign exchanges, stock exchanges, and depositories to send information on the operations of Russians with cryptocurrency to the Federal Tax Service quarterly.
If cryptocurrency is a commodity, then tax is required.
The State Duma believes that the “punitive” subtext of the bills is not as obvious as the media write. As the first deputy chairman of the Duma Committee on the Financial Market Igor Divinsky explained to Parlamentskaya Gazeta, the final decision on the regulation of digital currencies has not yet been worked out. “Today, there is only a discussion of possible options,” he said. “And this process of exchange of views is long.”

At the same time, the deputy acknowledged the logic of the draft laws, noting that “crypt” is a commodity, and when exchanged for money, “someone receives income from which, in accordance with the law, you need to pay tax.” According to Divinsky, this is, in principle, about control over the situation, “so that citizens do not evade tax.” As for the “criminality”, here is “just talk” so far. Nevertheless, in the autumn session, the bills developed by the Ministry of Finance can be submitted to the State Duma, the deputy said.
The issue of the correct determination of the object of taxation in the field of cryptoassets, according to the Deputy Chairman of the Federation Council Committee on Budget and Financial Markets, Andrey Epishin, is one of the main issues in the further refinement of the legislation on digital currencies. The senator also confirmed to Parlamentskaya Gazeta that the discussion of possible control measures is underway, but the parties concerned have not yet come to a common denominator.
Recall that last year, speaking in the State Duma, the head of the Central Bank, Elvira Nabiullina, said that the regulator opposes any monetary surrogates and is studying digital currency by central banks of different countries. “”We are for financial technologies to develop. But we do not support private money in any form, digital or not. If they replace government money, they will destroy both monetary policy and financial stability, “”she said, adding that the Central Bank is ready to look at digital assets that do not replace government money,”” let private business work here. “”
What is cryptocurrency
The law “On digital financial assets,” adopted on July 22 by the State Duma in the third reading, defines a cryptocurrency while prohibiting its use in the country to pay for goods and services. Simultaneously, the law refers to crypto-assets not only those issued under the Central Bank supervision, but also all digital foreign currencies that are recognized as property but are not endowed with rights.
In accordance with the law, digital currency is a digital code used as a means of payment, savings, or investment.
In July this year, President Vladimir Putin insisted on the economy’s speedy digitalization and high-tech industries. The head of state explained that this is necessary to expand the horizons of development and create a new economic structure. Putin called on the Cabinet to act more decisively in this direction to make the country globally competitive.