NewsAlarmsGlobal Trends and News
BlockchainBinance in full burn out: half a billion in... 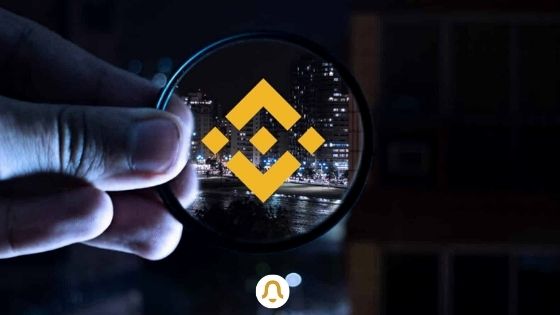 Binance has regularly destroyed a fraction of its native tokens, Binance Coins (BNB) , since the creation of its crypto-exchange platform in 2017. On the other hand, this event of destruction, the burn , has now reached an intensity never seen before, in terms of destroyed value.

As Binance had planned and announced when creating its own in-house token, BNBs are destroyed once every quarter, depending on the turnover achieved by the platform. The goal is obviously to reduce the total supply of BNB and increase its valuation over time.

In a post published on its blog on October 18, Binance proudly announces its 17th BNB burn event . And as much to say right away that the latter is on a scale never seen before!

Indeed, as the summary below shows, it is very exactly 1 335 888 BNB which were definitively withdrawn from circulation in this month of October 2021. Even if this does not constitute a record in terms of absolute number of BNB burned – more than 3.6 million BNB had been sacrificed in January 2021 – this is a record broken considering the value destroyed .

BNB bonfire worth over $ 630 million

As can be seen from the graph below, this is the very first time that the destruction of BNB has been so significant in terms of cost . The previous record, of $ 595 million in April 2021, was significantly exceeded.

With BNB priced closer and closer to $ 500, this 17th destruction amounted to over $ 639.4 million at the time it took place.

These quarterly BNB destructions will continue until there are only 100 million units left in circulation, that is to say exactly 50% of the amount initially issued (200 million BNB).

Knowing today, after this incineration in order, that there remains very precisely 166,801,148 BNB in circulation, there is a good chance of seeing in the future the equivalent of other billions of dollars of BNB go up in smoke.

For the 17th quarterly burn token in its history , the Binance team destroyed exactly 1,335,888 BNB tokens . This total takes into account in particular 17,839 BNB from the BNB Pioneer Burn Program . This is an initiative launched last year that helps users who have lost BNB through clumsiness. The number of tokens used for this purpose is then specified each time by the Binance team for reasons of transparency. In addition, the total value of the tokens destroyed on January 18 is estimated at $ 639 million.

The current supply of the cryptocurrency is only 166,801,148 BNB compared to 200 million at the launch of the cryptocurrency in 2017. As a reminder, 40% of the initial stock was kept by the Binance team in order to be phased out. during burn tokens. The objective of the latter being to reach the bar of 100 million burnt tokens, there is therefore only a little more than 40% of the current stock to be eliminated.

The official statement presenting the important figures of the 17 th burn token also allowed the CEO Binance to return to the group’s position on the regulation of the industry. Changpeng Zhao presents there the three reasons why his company is favorable to the establishment of this one. He explained in particular that it was essential to allow cryptocurrencies to be massively adopted around the world.

The second reason given is nothing other than the opportunity that the design of regulation offers companies like Binance to negotiate with the leaders. Its importance on the market will enable it to make recommendations in terms of compliance control . CZ finally mentioned the disappearance of small exchanges and their questionable practices as a third argument in favor of regulation.

The value of BNB did not react to the announcement of the third burn token of the year, achieving only an increase of 0.64% in 24 hours. However, the asset remains solidly in third place in the ranking of the best cryptocurrencies by market capitalization with more than 82 billion dollars.

As Binance specifies in addition to this latest BNB destruction event, the platform wishes to redouble its efforts to show its white paws in the face of the growing resentment of the world’s financial regulators. Its obvious choice to establish its head office in Ireland seems to be one of the main stages.