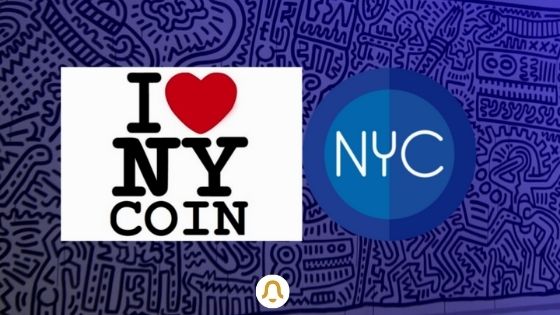 “CityCoins” seem to be starting to become all the rage. These cryptos issued on behalf of large cities have already succeeded in seducing Miami, Florida, which has launched its MiamiCoin . It is now New York City and its new mayor who are embarking on the race for the city that will have the best crypto to its name.

After MiamiCoin, NYCCoin is coming to the fore

The CityCoins project aims to allow everyone to invest in a city by buying dedicated tokens . Miami and its mayor Francis Suarez have already agreed to participate in this project, accepting the profits generated by MiamiCoin. These CityCoins are based on the blockchain Stacks (STX). The latter is intended as a second layer network of Bitcoin (BTC), which facilitates the use of smart contracts and the development of decentralized applications (dApps).

According to a publication by TheBlock, since the launch of MiamiCoin last August, this protocol has already generated $ 21.3 million in additional revenue for the Municipality of Miami, enough to make other mayors want.

And this is precisely an opportunity that the newly elected mayor of New York could not miss. Indeed, Eric Adams had already been very crypto-enthusiastic even though he was only a candidate for the post, and announced as soon as he was elected that he wanted to receive his first 3 salaries as mayor in BTC .

It is already possible to earn NYCCoins

Since this Wednesday, November 10, 2021, the CityCoins teams have announced that it is already possible to participate in the mining (creation) of NYCCoin – the name given to this new crypto dedicated to New York.

To do this, participants must bet STX tokens in the smart contract dedicated to New York City. They are then rewarded with NYCCoins, which they can then stake to earn 70% of the STX income generated by the smart contract, while the municipality receives 30% from its own municipal wallet.

“We are pleased to welcome you to the Web 3.0 World Headquarters. We rely on technology and innovation to move our city forward. “

We're glad to welcome you to the global home of Web3! We're counting on tech and innovation to help drive our city forward. https://t.co/SY9pv1Ebct

Will the one who was then only candidate for the post of mayor of New York keep his campaign promise to make the Big Apple a “nerve center” of Bitcoin and cryptos? Eric Adams seems in any case well on the way to keep his word.