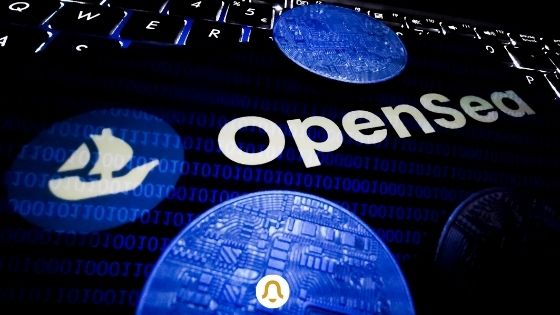 Sales of the NFT marketplace recently reached $ 10 billion, while the growth of the non-fungible token sector does not seem set to slow down.

OpenSea sales: $ 10 billion for the unicorn

Sales on OpenSea since the launch of the platform crossed the $ 10 billion mark during the weekend of November 6, 2021 . The average selling price of NFTs has also reached $ 872 per token.

The success of OpenSea is based on the strong growth of the NFT sector in general, and more specifically the success of some major projects such as Axie Infinity , which is the second largest NFT project in the cryptosphere. Axie Infinity sales represent 29.90% of OpenSea’s turnover . According to CryptoSlam data, Axie Infinity’s total revenue since launch is over $ 2.9 billion .

Sales on OpenSea topped $ 10 billion just over 3 months after the platform raised $ 100 million , a funding round propelling it to the rank of unicorn with an estimated valuation at the time of 1.5. billion dollars.

The growth of NFTs has not slowed down during the third quarter of 2021, as non-fungible tokens have recorded ever greater demand since the start of the year. The nonfungible.com report on the NFTs sector during the third quarter of 2021 reveals that the active portfolios that have interacted with an NFT smart contract, increased by 105.52% compared to the previous quarter .

The amount of NFT trades in US dollars increased from $ 782 million to $ 5.9 billion from the second to the third quarter.

What could influence the growth curve of OpenSea? Andre Cronje launched NFT Artion’s decentralized exchange dapp that runs on Fantom (FTM), with the ambition of making it a direct competitor of OpenSea. And Artion has a strong case for attracting NFTs projects, especially in terms of cost.

A cybersecurity research company, has discovered a critical issue...
NFT

2021 will undoubtedly have been the year of the...