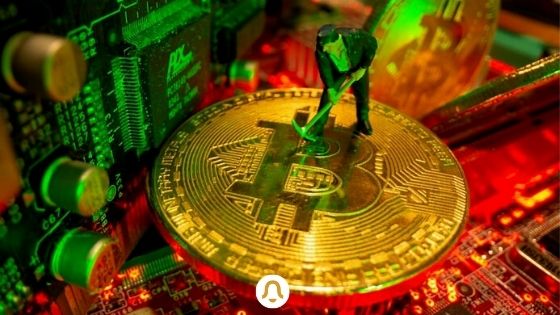 Since China made the choice (the mistake) to ban bitcoin (BTC) mining in May 2021, the United States has become the industry’s new ‘superpower’ . And the movement is not likely to be reversed, if we are to believe the titanic BTC mining farm project of the Argo Blockchain company.

Billions of dollars for a BTC mining farm?

Since August 2021, the United States is the country whose participation in hashrate (computing power) on the Bitcoin network is the most important , with more than 35% of the total.

Even if the share of the United States in BTC mining is far from being as hegemonic as that of China – and so much the better for decentralization – it still represents double the second largest producer country, to namely Kazakhstan .

It is in this context that the company Argo Blockchain just published a press release which confirms the change of trend in the mining of bitcoins. We learn that the cost of building its next mining facility in Texas could well be pharaonic .

The BTC production facility, called Helios , is expected to be 800 MW (megawatts) and could have a total realization cost ranging from $ 1.5 to $ 2 billion .

“This cost range is based on many assumptions, including the type of mining machines to be placed in the facility, the combination of owned and hosted machines, the cost of raw materials, labor and equipment. ‘energy required for the construction of the installation (…)’

Listed on the London Stock Exchange (LSE) in the United Kingdom, Argo has achieved the feat of also being listed on the NASDAQ stock exchange in the United States. Proof that cryptocurrency mining companies are particularly on the rise these days, including with traditional finance.

Argo could also diversify in the medium term, because although Bitcoin will remain its crypto of choice, up to 20% of its income could in the future be derived from mining other cryptocurrencies – without the altcoins in question being further. specified.

We also learn, in this press release, that Argo had an exceptional return on investment , going up to 500% on its mining machines running on the Equihash algorithm , – even if the latter represent only a minor part of its fleet of devices.

BTC and crypto mining in general is increasingly seen as a very good vein to exploit. In addition, far from the clichés conveyed by political environmentalists, BTC mining can be very virtuous, as in this example in Canada (click) , where crypto-mining machines will not only heat up an entire neighborhood, but also avoid the emission of 20,000 tonnes of greenhouse gases, by replacing the previous heating which was natural gas.

There’s never a lack of new projects opportunities when...
Use Case

Bitcoin (BTC) and cryptocurrencies are increasingly accepted every day for...
Blockchain