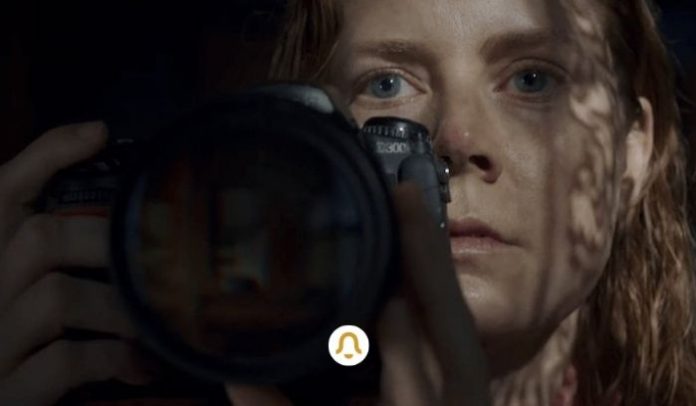 Amy Adams will be back in the summer of 2020 with The Woman in the Window , a new psychological thriller directed by Joe Wright that has just released its first official trailer after some delays in its release date. As we can see in this trailer, Amy plays Dr. Anna Fox, a psychologist with agoraphobia, that is, she is afraid to leave her house and be in large and open spaces. Undoubtedly, judging by the images, Amy could give us another of her wonderful performances by developing a disturbed psychological profile for her character.

The story of The Woman in the Window reaches a high point when Anna meets Jane, her neighbor. In one night, Anna realizes that her “new friend” was brutally attacked in her apartment and possibly murdered by her husband. When she notifies the police, doubts begin to arise regarding possible hallucinations and the fact that Jane, with another face and another body, is alive.

The Woman in the Window is an adaptation of the novel by AJ Finn. As we mentioned, the movie stars Amy Adams, who appears alongside a top-notch cast led by Julianne Moore, Gary Oldman, Jennifer Jason Leigh, Brian Tyree Henry, Wyatt Russell, and Anthony Mackie. Tracy Letts also appears as Anna Fox’s therapist. Letts also participated in the script for this film, as well as has done (writing and acting) in other films this season such as Little Women and Ford v Ferrari .

This is Amy Adams’ first film after two major productions in which her performance was acclaimed. This is Adam McKay’s Vice , a film for which she was nominated for an Oscar as a Supporting Actress. And the second is the HBO series Sharp Objects in which she plays Camille Preaker, a reporter with alcohol problems who self-injures as part of a mental imbalance associated with her childhood and the mother figure. For this series, Adams was nominated for Best Actress in a Miniseries at the Emmy Awards and many other ceremonies.

As for Joe Wright, The Woman in the Window marks his return after the 2017 Darkest Hour , a film nominated for an Oscar at the 2018 ceremony and which earned Gary Oldman a Best Actor award for his portrayal of Winston Churchill. Wright, in this way, leaves his period dramas for psychological thrillers and suspense. Some of his biggest films are Pride and Prejudice, Atonement and Anna Karenina , all three with Keira Knightley.