NewsAlarmsGlobal Trends and News
NewsDistribution of refugees in the EU: Kurz calls for...

Distribution of refugees in the EU: Kurz calls for the fight against “illegal migration.” 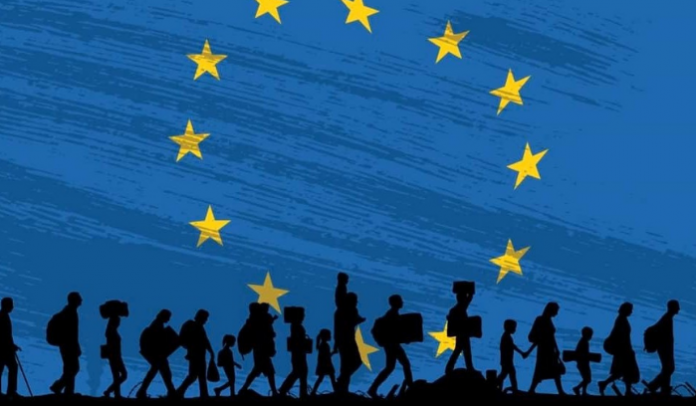 As a result of the inferno of flames on Lesbos, the EU is once again unable to agree on a uniform distribution of refugees. Austria’s Chancellor Kurz declares the issue a failure. Instead, he calls for better protection of the EU’s external borders.

The Austrian Chancellor Sebastian Kurz described the distribution of refugees within the European Union as a failure. “So many states reject that. It won’t work either,” Kurz told the AFP news agency shortly before the EU Commission wants to present new proposals in Brussels for the asylum reform that has been controversial for years.

The politician from the conservative ÖVP called for better protection of the EU’s external borders and a more effective fight against smugglers, “but also more joint help on the ground.”

He thinks it is “good if the European Commission addresses the issue of asylum and migration,” said Kurz. The issue can only be “solved across Europe.” However, Kurz refused to use terms such as “solidarity” in the migration debate. “Europe should have learned from 2015. And simply fight illegal migration together,” said the Chancellor.

Kurz continued to say that his country has made an “incredibly large contribution to refugee policy. Often the EU member states at the external borders are particularly considered when it comes to refugees and migrants. In fact, Austria is the “third most affected country” in the EU after Sweden and Germany when it comes to taking in refugees. In the past five years, 200,000 people have been admitted to Austria.

Kurz emphasized that smaller states in the EU should also have the opportunity to contribute their interests. “The European Union is more than just Germany and France,” he emphasized. That is a good thing. As the two largest EU states, Germany and France, “naturally have a certain claim to leadership.” However, other countries would have “just as much the opportunity to contribute their ideas and seek majorities for them.”

For example, Kurz named the so-called frugal or thrifty four groups, which, in addition to Austria, consists of the Netherlands, Sweden, and Denmark. In the debate about the EU’s Corona reconstruction plan, the four states reduced the planned grants for countries badly affected by the crisis. With the other three “frugal states,” Austria shares “many approaches and interests,” said Kurz.

In the process of reforming asylum and migration policy, the EU Commission aims to oblige the EU states to accept those in need of protection in exceptional situations. Alternatively, the governments could also help with the deportation of rejected asylum seekers, reported Die Welt, citing high-ranking EU diplomats. First of all, the other EU countries’ solidarity should be voluntary in specific scenarios. EU circles confirmed this.

The EU Commission, therefore, describes three scenarios: If things usually develop, the EU states can help voluntarily. This initially also applies to the second scenario, when the asylum system comes under pressure – as long as enough contributions are collected. In the event of a crisis, assistance should be mandatory. On Wednesday, the EU Commission wants to present a new proposal for the reform of the asylum migration policy, which has been blocked for years. The EU states and the European Parliament will then have to negotiate. The EU states have been arguing about the distribution of protection seekers for years.

According to the report, the EU Commission intends to adhere to the currently valid Dublin principle mostly. The EU country on whose soil the person seeking protection first entered European soil is usually responsible for an asylum application. To deport rejected asylum seekers more quickly, the EU Commission proposes, according to the “Welt,” an “EU coordinator for returns” who should lead a working group.