NewsAlarmsGlobal Trends and News
TechnologyGoogle Pixel 5: These should be the technical details

Google Pixel 5: These should be the technical details 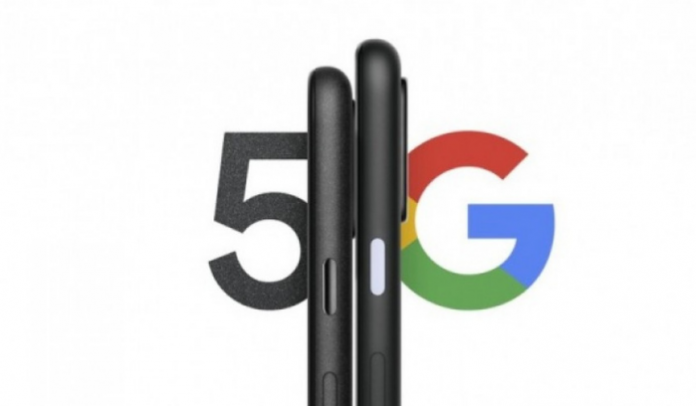 The Google Pixel 5 will most likely be presented on September 30th as part of a Google event. We can then expect a presentation of the new Chromecast with Google TV (Project Sabrina) and a new Nest speaker. The Pixel 4a 5G could also serve. That is known to cost 499 euros. While we already saw the Pixel 5, Roland Quandt strikes again with new render images and all the technical specifications of the Pixel 5. Google, on the other hand, confirmed the Pixel 5 for autumn and showed a small image section.

The Google Pixel 5 is said to have a 6-inch OLED display with a resolution of 2340 x 1080 pixels. This means that the 19.5: 9 format panel has a pixel density of 432 PPI. As in the previous year, the flagship smartphone has a high refresh rate at 90 Hertz. The display itself should be protected by Gorilla Glass 6.

In the past, Google was not exactly known for building rimless or even smartphones with a small frame – or a small notch. With the Pixel 4a, Google used a punch-hole design for the front camera for the first time – this should also be used on the Pixel 5. Also surprising: The “chin” of the Pixel 5 is surprisingly narrow – by Google standards. What else is there to say about the Pixel 5’s screen? Google supports a color depth of 24 bit for the Pixel 5 and also provides HDR support.

Unsurprisingly, a Qualcomm Snapdragon 765G is supposed to work inside the Pixel 5. Google already acknowledged 5G in advance and the departure from the 8xx Snapdragon series comes as no surprise . The Snapdragon 765G is an octacore SoC that delivers clock rates of up to 2.4 GHz and works in the OnePlus Nord. The 5G modem is directly integrated in the 765G and also supports sub-6 GHz networks. The SoC is supported by 8 gigabytes of RAM and 128 GB of flash memory. As is common with pixels, the in-house security module, the Titan M, also finds its place in the Pixel 5.

On the back side? A fingerprint scanner and two camera lenses. To unlock it, Google rows back again. Last year, Face Unlock was used in conjunction with the specially developed radar sensor.

When it comes to cameras and especially camera software, the Pixel smartphones have always shone. For my part, I’m a big fan of the special pixel look and people in particular (and the portrait mode) always look great in the pixel photos. Furthermore, Google does not show off with megapixels and has again installed a Sony sensor with a resolution of 12.2 megapixels. Phase detection using dual-pixel technology is also part of the autofocus. The main sensor can have an aperture of F / 1.7, the pixel size is 1.4 micrometers. The main sensor is stabilized both optically and electronically. The main camera should deliver videos with 1080p at up to 240 FPS and 4K with a maximum of 60 FPS.

While the main sensor can have a viewing angle of 77 degrees, a wide-angle lens with a 107 degree field of view should also find its place in Pixel 5. That wide-angle sensor has a resolution of 16 megapixels. The second sensor should have an aperture of F / 2.2, the pixel size is 1.0 micrometers.

An 8-megapixel sensor is used in the punch hole on the front. That one has a fixed focus and an aperture of F / 2.0. The sensor has a pixel length of 1.12 micrometers. The field of view of the front lens is 83 degrees. In terms of video technology, the front camera should only support 1080p at 30 FPS.

And otherwise? The Pixel 5 is to rely on stereo speakers. Furthermore, Google uses dual SIM, whereby one SIM card fits into the device and the second is supported by eSIM. The 4080 mAh battery can be fully recharged via USB-C with up to 18 watts. Wireless charging is also on board to charge the smartphone, as well as reverse wireless charging to power accessories such as the Pixel Buds .

With IP68 it is certified that the Pixel 5 is water and dust proof. Recycled aluminum is probably used for the frame. The housing should have a height of 8 millimeters. The Pixel 5 weighs around 151 grams.

The price? We were able to report in advance that the device will come onto the market in this country for 629 euros. With green and black there are probably two color variants to choose from.