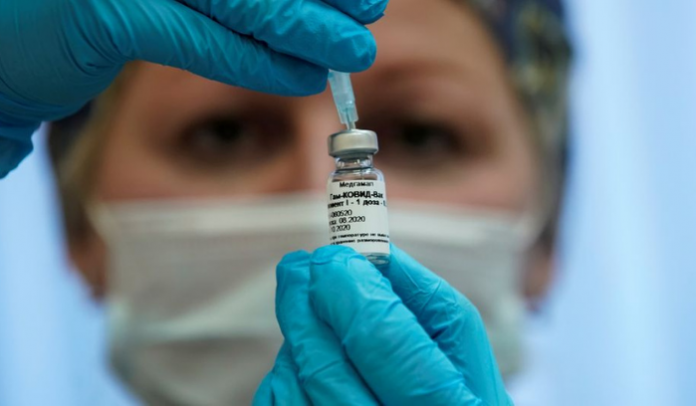 Shortly after the publication of the first study on the Russian corona vaccine “Sputnik V,” there was criticism. Now the researchers have defended themselves. The skeptics could not convince them.

Researchers led by Denis Logunov from the state-run Gamaleya Institute in Moscow have rejected criticism of the first known study on the Russian corona vaccine “Sputnik V” from the specialist magazine “The Lancet.”

Almost 40 experts around the well-known molecular biologist Enrico Bucci, who heads a company for scientific integrity called Resis in Italy, had previously pointed out noticeable duplications in the publication diagrams. There is a suspicion that clumsy manipulation was carried out with Photoshop.

“We would like to emphasize that all the data presented were obtained in experiments and double-checked,” the Russian researchers now write in response to the allegations. This does not reassure Bucci and colleagues. You continue to view the work critically.

Among other things, the researchers noticed that, according to the Russian vaccine study, several test subjects had precisely the same antibody level in their blood on alternating days. The value of the T cells that fight the coronavirus was also identical. The subjects received different forms of the vaccine. Bucci and colleagues consider it very unlikely that the duplications occurred by chance.

Logunov and colleagues now argue that the conspicuous patterns arose by chance and were due to the small number of test subjects in the study’s various groups. The researchers themselves listed this as a weakness of the work in a chapter of the course.

Bucci’s researchers counter this: “The authors have neither presented evidence to support their claim that the repetitions are expected and plausible, nor have they offered access to the original data,” wrote Bucci on Wednesday at the request of SPIEGEL. “Without access to the detailed original data, the statements cannot be checked.”

It is part of good scientific practice to summarize data in the main document of a publication and make the raw data accessible. Independent researchers can understand and check the calculations and the generation of statistics in detail. The requirement for transparency applies in particular to clinical studies, for example, on vaccines.

Logunov’s team has not yet complied with this. After the criticism, it now only stated that it would release the data upon request and after the request was approved. Bucci describes the approach as “unacceptable in science.” “That should never have passed with ‘The Lancet,'” he writes. Upon request, the journal will inform you that authors only have to submit a declaration of data exchange according to the editorial guideline. This has happened.

At the beginning of August 2020, Russia provisionally approved the world’s first corona vaccine for widespread use, “Sputnik V.” Even then, there was criticism that the decisive phase III study on efficacy and safety had not yet been carried out and that hardly any data was known about the tests that had taken place up to that point.

After the first information from small, combined Phase I and Phase II investigations had finally been published in “The Lancet” at the beginning of September, counterfeiting allegations arose. Four days after the Russian study publication, Bucci and 36 other experts published a “Note of Concern,” an open letter in which they pointed out the irregularities and requested that the study’s raw data be published.

“The Lancet,” asked the authors of the study for their comments and has now published both the criticism of Bucci and colleagues and the Russian researchers’ response. “We are following the situation closely,” said the trade journal in mid-September at the request of SPIEGEL. International experts reviewed the study for Covid-19. “The Lancet” is one of the most renowned medical journals worldwide.

There is now another request to publish the data directly to the Russian researchers, said Bucci. Whether they comply with the right is, however, at their discretion. “The process is incredible and shouldn’t be allowed in such important research.”