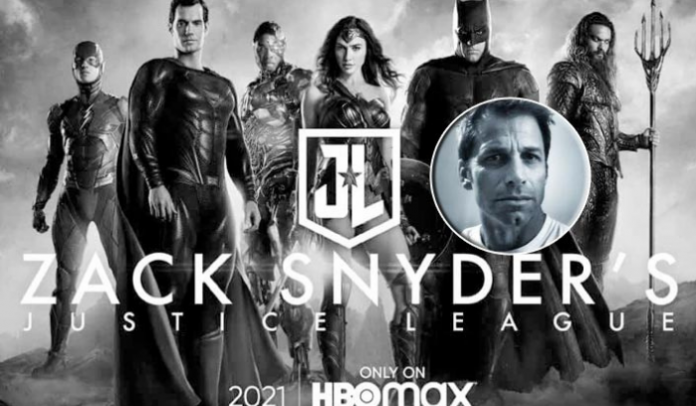 The famous Justice League Snyder Cut will premiere exclusively on HBO Max, and it’s more shocking than you might think.

Much has been said about the famous Snyder Cut since Justice League hit theaters, and it disappointed everyone.

The film had its problems from the beginning. Fans were convinced that the reason for its “failure” was that its director Zack Snyder had been replaced by another who completely changed his vision and ended up ruining everything, and that made millions of people started asking the studio behind the film to release the original version that was supposedly much better than what was seen on the big screen.

Rumors were circulating everywhere. Some believed that it really existed and others that it was just a conspiracy theory, but eventually, the actors began to talk about it and revealed that the famous Snyder Cut was real and everything fans expected. Over time, Zack Snyder broke his silence and started to share images that confirmed the existence of his version of the Justice League, and now he will finally be able to be seen thanks to HBO, which is going to release the film exclusively in its new streaming platform, HBO Max.

What about the Snyder Cut?

There is already the first video

Pending the premiere, Zack Snyder revealed the first video to see Cyborg with the recently resurrected Superman. This is just a small teaser of what he is supposed to present at the DC FanDome event that will take place on August 22 digitally.

It will have new scenes:

According to a new report by The Hollywood Reporter, the Snyder Cut will not only show us a new edition of Justice League with scenes filmed before Zack Snyder was replaced by Joss Wheedon, whom he now accuses of mistreating the actors after suffering a family tragedy, but the director is also said to have convinced the studio to let him shoot new material and will begin reshoots in October.

According to the report, some scenes will be filmed with Ben Affleck as Batman, Henry Cavill as Superman, Gal Gadot as Wonder Woman, and Ray Fisher as Cyborg.

Zack Snyder wants to prove that Justice League was not the disaster we all saw, so he put all his material together to give us the most epic movie, and for that, it had to belong. In an interview with the podcast Beyond the Trailer, Snyder revealed that the film lasts 214 minutes (about 4 hours), and taking into account that you are creating the multiverse of DC, this is the best time to release it.

This makes the Snyder Cut one of the longest movies ever and means that we are going to see a lot more scenes that were eliminated with the final cut that was shown in theaters. We don’t know whether the Snyder Cut did a better job erasing Henry Cavill’s mustache with CGI (which was one of the most criticized details in the movie). Could this be one of the new DC movies to surpass Joker and Wonder Woman?

Some rumors say that the film will be cut to show it as a 6-part series, although that detail has not been confirmed.

It’s separate from the DCEU timeline:

“Frankly, I think the DC movie universe has expanded like a tree, grown in difficult ways,” he said during the interview and revealed that he is very excited about The Batman.

“For my film represented by its own path, I think it is separated from the continuity of the cinematic universe. I think that continuity is divided, and I think that is a good thing. One of the coolest things about DC is the concept of the multiverse”, he highlighted.

The Snyder Cut will premiere exclusively on the HBO Max platform in 2021.

Zack Snyder completed the majority of the Justice League film in 2016, but had to leave the project to focus on his family after his daughter’s suicide, prompting Joss Whedon to finish the film, and it is said that he was the one who added the comedic moments that were part of what ruined Justice League.

Speaking to the Hollywood Reporter, Zack Snyder said that “it will be something completely new and, especially speaking to those who have seen the movie released, a new experience apart from that movie.”

The Snyder Cut certainly represents its own universe, but, if it turns out well, it could be the movie that helps reboot the world of Justice League and turn it into something similar to what happened with Avengers, but that only time will tell.