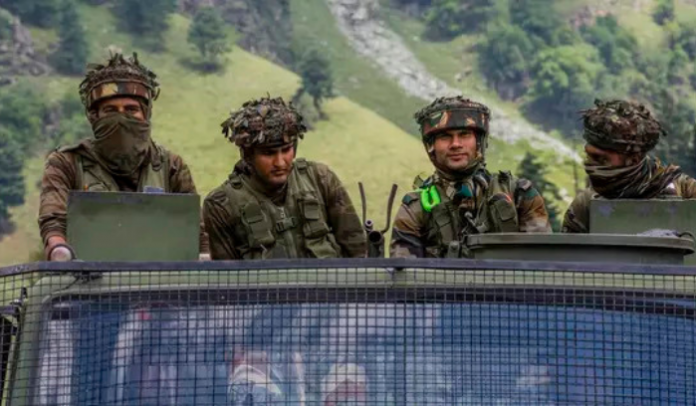 More than 20 military personnel have been injured in new clashes between India and China. India Today writes about it.

The next battles took place on the border in the Indian state of Sikkim, in the Naku-La pass area. The Chinese army allegedly tried to cross the line of demarcation with India, which caused the enemy to attack. As a result, four Indian army soldiers and about 20 Chinese soldiers were injured. The dead have not been reported.

There is an agreement between Beijing and New Delhi that both countries’ military refuses to use firearms to save the lives of soldiers. However, on June 16, 2020, dozens of Indian Army soldiers died in a stick and stone clash area. New Delhi believes that this happened as a result of an attempt by the Chinese side to change the status quo unilaterally. Indian media reported on 43 injured and killed Chinese.

Now the two most populous countries in the world – India and China – are separated by a conditional line called the “McMahon Line” (after the Secretary of Foreign Affairs of British India, who proposed creating this border in 1914). India recognized the existing border, but China did not, as announced in an official diplomatic note in 1959.

After that, there were repeated attempts to solve the problem: two Sino-Indian agreements – from 1993 and 1996 – were ineffectual. Two sections of the border area remain controversial: in the northeastern part of Kashmir and in the north of the state of Arunachal Pradesh.

Share
Facebook
Twitter
Pinterest
WhatsApp
Previous articleThe keys to Joe Biden’s style that you should imitate now (and how to do it right)
Next articleSaudi Arabia plans a city without streets. These are its advantages