NewsAlarmsGlobal Trends and News
NewsSaudi Arabia plans a city without streets. These are...

Saudi Arabia plans a city without streets. These are its advantages 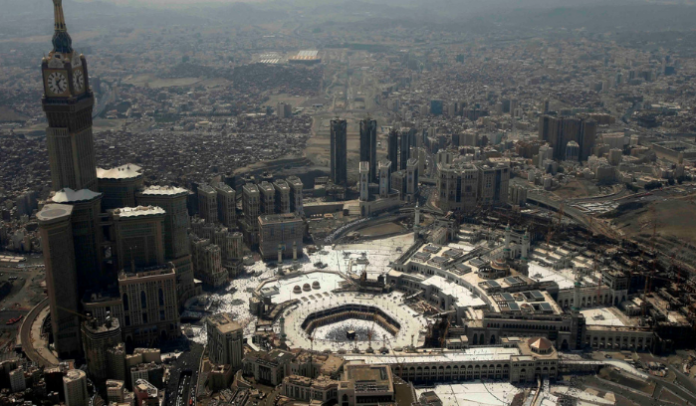 Saudi Arabia has just built a city ​​that has no streets. Just as you read it, the idea is a bit surprising, but it could have several advantages and represent a viable option for expanding large cities.

The intention behind this project is to build a city in Saudi Arabia that is more environmentally friendly. For this reason, it is considered that if there are no roads and thousands of cars circulating on them all the time, less pollution will be created, according to the International Center for Communication of Saudi Arabia. This point is essential, since polluted air causes serious damage to our health.

“Why should we sacrifice nature for the sake of development? Why should seven million people die every year because of pollution […] one million people every year due to traffic accidents?” HRH the Crown Prince questions as he introduces @NEOM’s THE LINE. #whatisTHELINE pic.twitter.com/9GJfsflr67

At the city’s presentation , Mohammed bin Salman bin Abdulaziz Al Saud, the Crown Prince of Saudi Arabia , commented that no one will live more than a five-minute walk from the services they need, such as shops, schools and transportation. In addition, there will be a train line that will take only 20 minutes to cover its entire length, estimated at 168 kilometers.

The project is titled ” The Line “, and its goal is to preserve 95% of nature with zero cars, zero streets and zero carbon emissions. In addition, the city ​​will run on 100 percent clean energy and will have artificial intelligence services. According to the press release issued by the prince of Saudi Arabia, “it is estimated that 90 percent of the available data will be leveraged to improve infrastructure capabilities well beyond the 1 percent typically used in existing smart cities.”

I am very proud that I’m one the people of the Kingdom of Saudi Arabia.
Our ambition is now beyond the sky#whatisTHELINE pic.twitter.com/Ymw7Lvfpfk

The project has drawn a lot of attention from some people, who are proud and happy with the idea, but others have been a bit more skeptical. The problem? That perhaps the city ​​without streets could represent a mobility problem for people with disabilities, for example. Questions have also been raised as to whether people will want to travel by train all the time. How about one day they don’t want to carry a lot? For example, if you go shopping for food, then you would have to go home by train, and you might be carrying too much for this. Furthermore, it has been questioned whether people can actually be seated within such a short distance from their jobs, as offices tend to house far more people than can live within a short distance.

However, if the city ​​without streets continues its construction successfully, it could be a good example of new urban growth possibilities with greater ecological awareness. Especially coming from one of the countries with the largest cities and tallest buildings in the world.