NewsAlarmsGlobal Trends and News
NewsIndia: With Internet blocks and Twitter blocks against farmers'...

India: With Internet blocks and Twitter blocks against farmers’ protests 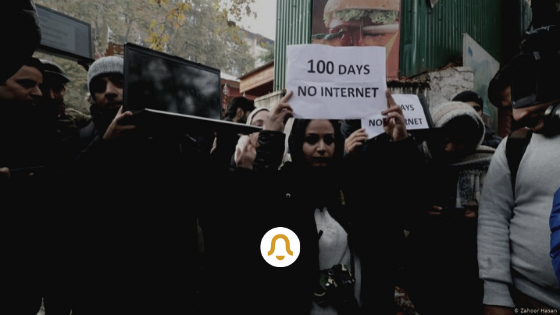 Farmers protest against changes in the law outside India’s capital Authorities (not only) let them turn off the internet and fortify the city limits.

In the face of weeks of protests by farmers on the outskirts of the Indian capital, the local authorities have not only blocked the Internet, but have also blocked hundreds of Twitter accounts. Several districts that border the Indian capital city of Delhi are affected by the Internet blocks, reports various media concurring. According to the Guardian, the Twitter bans affected more than 200 accounts accused of inciting violence in connection with the protests. The accounts of news sites, journalists and celebrities, among other things, are affected.

Pawns vs. Modes
As the British BBC explains , tens of thousands of Indian farmers have been camping outside the Indian capital for weeks. They are protesting against new laws that would weaken the rules on the sale, pricing and storage of agricultural products. The farmers fear for their economic security and their protests represent for Prime Minister Narendra Modi the greatest crisis of his term in office. After all, half of the population of the billion people work in agriculture. While Modi has offered to suspend the laws, the demonstrators are demanding their complete withdrawal.

In India, the authorities repeatedly react to protests by blocking the Internet, even if they are then collected by the courts . Several districts of the state of Haryana, which borders Delhi and where the demonstrators have gathered, are currently affected by the lockdown. Most recently, they were extended on a daily basis, and a political solution to the crisis does not seem in sight. This can also be seen in the immense fortifications that the security authorities have used to secure the roads on the Delhi border. The peasants speak of “war-like” fortifications and photos show immense barricades that seem to be built for the long term.

Delhi Police have fixed nails on the ground near barricades at Ghazipur (Delhi-Uttar Pradesh) border. pic.twitter.com/T0r53mMdoY

Meanwhile, the Twitter bans have been partially reversed after a few hours. This is reported, among other things, by the political magazine Caravan, whose account was also not visible to Indian users. According to the Guardian, the affected accounts were blocked for 12 hours so that only users outside of India could see their entries. There was no explanation of the lock. An anonymous source explained that the order was directed against accounts that had used the hashtag #ModiPlanningFarmersGenocide. This was called for violence.

An idea born from the mind of Ryder Carroll...
Technology

Telegram was the most downloaded app in the world...