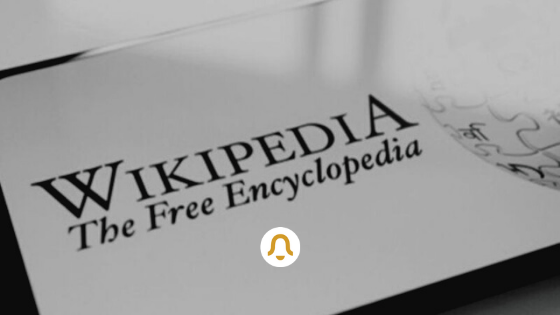 The Wikimedia Foundation wants to make work more inclusive with a catalog of rules of conduct.

The board of the Wikimedia Foundation has passed a new “Global Code Of Conduct”. The new rules are intended to define a minimum standard of community life within the Wikipedia communities so that new circles can actively participate in the encyclopedia. However, a long discussion process is still needed to effectively implement the new rules.

Hot dang! Our preliminary data show that participants who identify as women in @Wikipedia increased by 30% this past year. Still far too low, but really promising!

A new label for all wikis

The structure of Wikipedia is community-based. That means: In principle, the authors of a certain speech output or a sister project can independently decide on the rules within their wiki. As the operator, the Wikimedia Foundation only intervenes in extreme cases.

In the German edition, the rules of conduct have been compiled in the Wikiquette , in which all authors are warned to avoid personal attacks and to assume that others have good intentions. However, the established rules sometimes created a bad working atmosphere. While there is a consistently constructive tone in some specialist areas, the discussions quickly become heated, especially in politically controversial areas. Many Wikipedia authors only want to appear under a pseudonym, because authors who are unpopular are repeatedly put under pressure from outside .

For more inclusion
The lived culture of the Wikipedians ensured that Wikipedia is particularly attractive for certain groups. In an interview with heise online in 2018, Wikimedia managing director Katherine Maher described the global development as follows: “So far, the Wikipedia community is still unbalanced: predominantly European or American, predominantly male, predominantly white.” According to the 2020 Community Insights Report from 2020, only 11.6 percent of those surveyed identified themselves as female.

To keep up the supply of volunteer authors, the Wikimedia Foundation tries to make Wikipedia more welcome. For example, newcomers no longer have to learn the complex Wiki syntax and the communication channels have been opened up so that Wikipedians can thank each other for constructive contributions. The measures are showing initial successes: The proportion of women in the latest community survey has increased significantly, Maher explained on Twitter.

New emphasis
The new global rules basically correspond to the German Wikiquette, but set new priorities. They contain, for example, an entire catalog which personal characteristics are seen as the target of impermissible insults or degradations. This ranges from intelligence and appearance to sexual orientation, biological and social gender and political orientation. Abuse of position, the threat of excessive lawsuits or “gaslighting” are also prohibited.

The new rules do not apply immediately, but should be translated into their own catalogs of rules by the individual communities. The individual communities can therefore issue their own rules that have proven to be promising for them. For example, the German Wikiquette forbids mentioning the names of Wikipedians in headings because this tends to lead to personal discussions but not to problem solving.

Who will enforce it?
The work on the Code of Conduct is not yet complete at the level of the Wikimedia Foundation either. The next phase of the process is about what sanctions there should be for violations. Wikipedia rules today know, for example, the exclusion of an author from a certain topic, a temporary or permanent ban. The loss of privileges such as the administrator status can also be imposed.

Even more important, however, are the processes to be established with which a violation can be detected at all. Newcomers should be protected from their first attempts at writing being directly discarded so that they do not give up working on Wikipedia. However, where the line between initial ignorance of the rules of an encyclopedia and continued trolling is not always easy to decide or justify.

Months of discussions
There are bodies such as editorial offices or arbitration boards that are supposed to offer support in the event of unjustified decisions. But facing the weeks or even months of discussions is often too much, even for experienced Wikipedians, so that conflicts are carried on and on and are constantly rekindled. The Wikimedia Foundation intends to present the new proposals for conflict resolution and rule enforcement after consultations with the communities in the summer.