NewsAlarmsGlobal Trends and News
NewsClassic car newcomers: These 4 cars will be happy...

Classic car newcomers: These 4 cars will be happy to have an H license plate in 2021 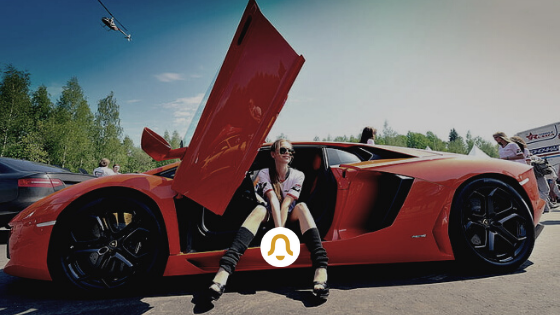 The 30th birthday also has a very special meaning in the life of many cars. In connection with this milestone, you acquire the right to an H mark. These four legendary models have recently joined this select group.

Some of you must be very strong right now. These four legendary models can actually be called classic cars in 2021. At least they have acquired the right to an H mark – because these four happy donors are already 30 years old. How time flies …

No, the paint is far from off. It’s still shiny, maybe just a tad duller than it was a few years ago. In 1991, when we thought Corona was a new type of ice cream and the shoulder pads of the eighties began to rust, there were a few cars on the road that we still like to turn around today. Super athlete, sun worshiper or an Italian Lucifer. We invite you: indulge in memories with us.

The Audi Cabriolet can call itself a classic car in 2021 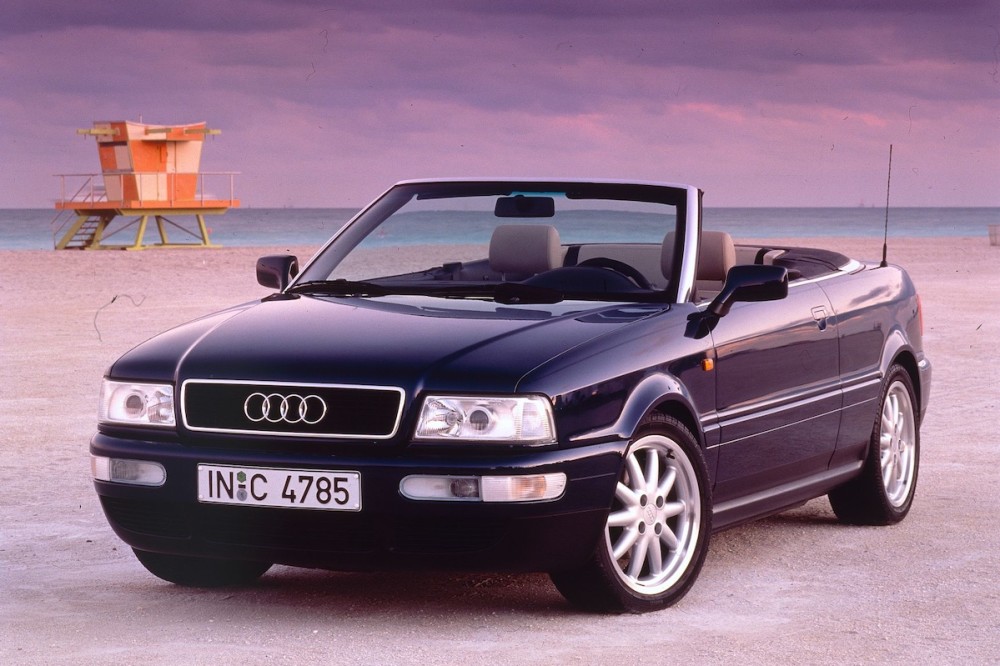 The first convertible from Audi was at the dealership in 1991 and was technically based on the Audi Coupé – meaning: two doors and four seats. A trade magazine wrote at the time that the convertible was attractive, very well made, the soft top fit well and worked with a sophisticated mechanism. But that had its price: the trade demanded just under 54,000 DM. But you sat in a very solidly built four-seater, which, thanks to its completely galvanized body, showed rust the red card. The simply elegant sheet metal dress came out of the factory without creases, the cut and the interior was just as easy.

Thanks to the famous five-cylinder in-line engine, the drive in the 1,400 kilo Ingolstadt car was neither too fast nor too rough. Due to the sporty chassis, even the word dynamics floated through the interior. Almost 200 km / h were feasible, the Audi Cabriolet ran from zero to 100 km / h in 11.5 seconds. Nowadays we are used to other values, but back then we didn’t want to race. That was left to the hip flasks with a fixed roof or the wild luxury limousines. The Audi convertible was the silent glider.

Anyone who wants to drive the first Audi convertible today should definitely choose the in-line five-cylinder with 133 hp in the engine compartment . The open two-door model was also available with four or six combustion chambers, and even a diesel unit was installed. In 1992 the most powerful version with a 2.8-liter V6 engine and a hefty 174 hp rolled off the assembly line. The top model will be happy to have the famous H on the license plate from next year. 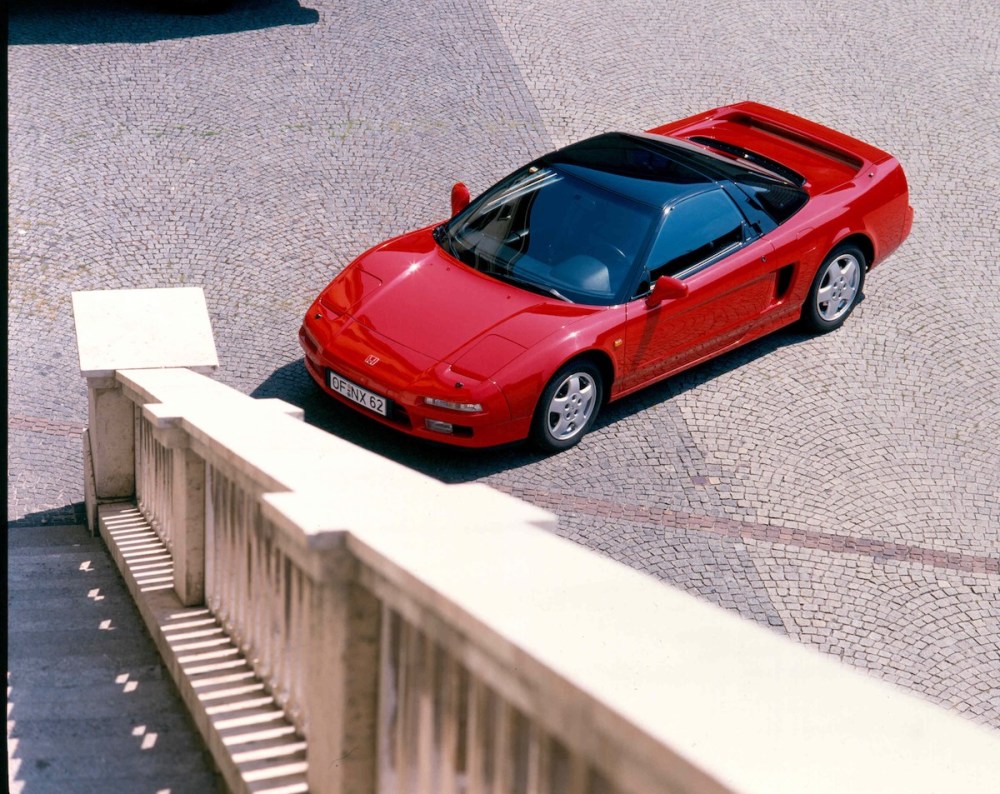 NSX stands for “New Sportscar Experimental”. With the Honda NSX , the Japanese wanted to show the top dogs Ferrari, Lamborghini and Porsche the horns and fed an aluminum body with plenty of modern technology. The bare numbers: 274 horsepower, 270 km / h top speed and under six seconds from zero to one hundred. The price? More than 150,000 DM. Two seats were supplied for it, plus a rear wing, electronically assisted steering and speeds of up to 8,000 revolutions per minute. In combination with the five-speed manual switch, the Asian was a really tough athlete, which Honda equipped with a four-speed automatic for the US market, driving him out of the sporty spirit.

271 copies of the Honda NSX ended up in Germany. Most with a hand switch. From 1997 the Japanese offered the second generation. Still with a V6 engine, but with a little more displacement. With 280 hp things got a little faster. Today you pay a good 50,000 euros for a 1991 NSX and you should definitely pay attention to the hand switch.

Newcomer to the classic car: the Mercedes-Benz 190 E gets an H license plate 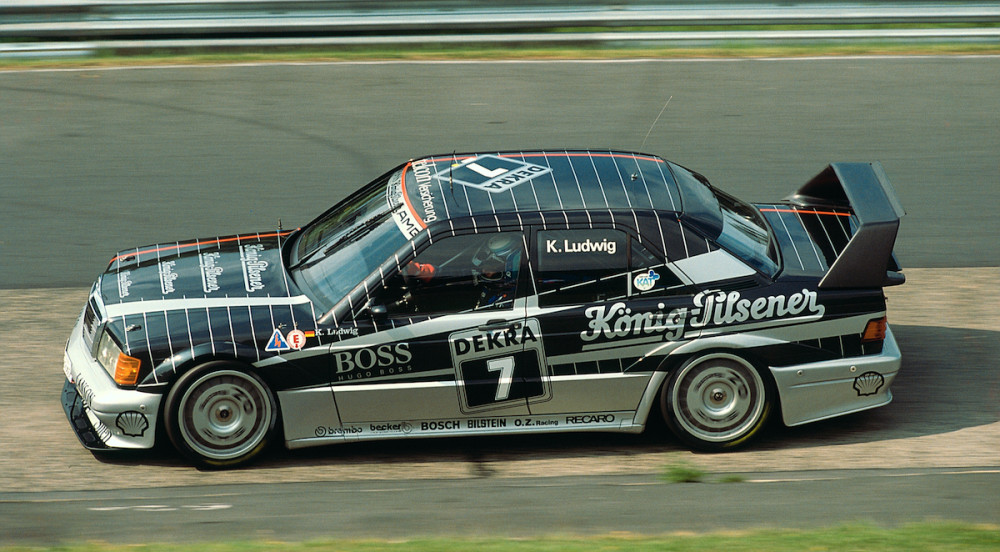 With the Mercedes-Benz 190 E Evo II, it was and is the wing that everyone is talking about. Decried by some as a fries counter, it immediately catches the eye. This is still an understatement: ironing boards or runways for small aircraft would be better. Mercedes had to build 500 copies of this limp limousine in the early 1990s. Had to? Yes, because whoever wanted to take part in the DTM had to build a certain minimum number of a car model for competition purposes. This is still called homologation today. Mercedes did this and started with the 235 hp Evo II. A duel with the M5 from BMW quickly developed for the top spot, which Mercedes clearly won: With the Evo II, the Stuttgart-based company won the brand championship four times from 1991.

At that time, solvent buyers had to put at least DM 120,000 on the table. Today, fantasy prices are asked for a well-preserved original – which means that most models of the Mercedes-Benz 190 E Evo II stand around in garages and collect dust. 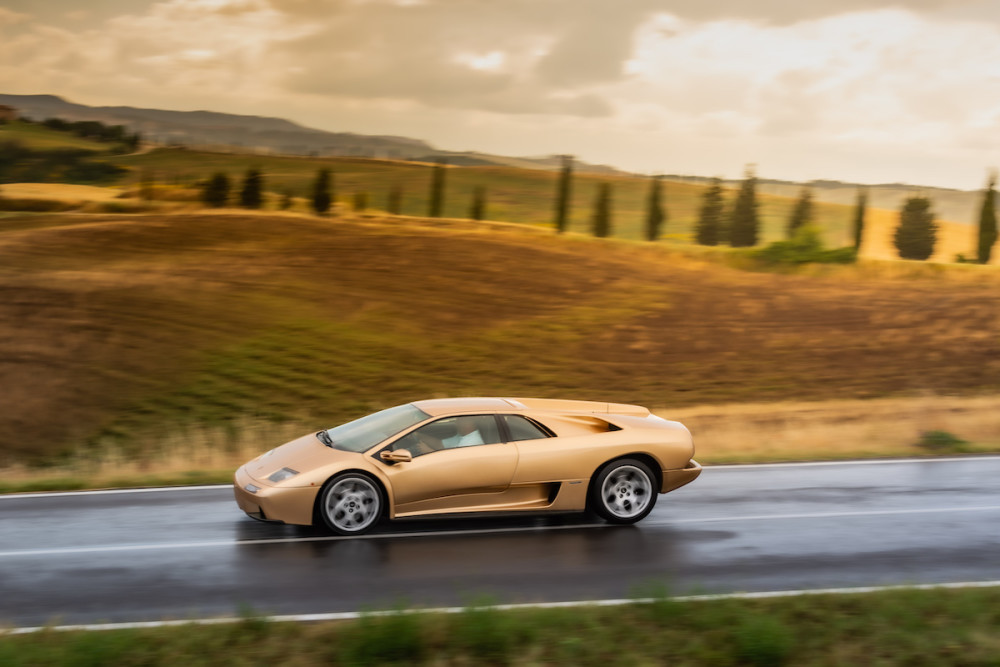 At first it was simply called Diablo, later a few letters were added: VT, SE, SV or GT-R – which was always to be understood as an indication of more engine power or usage. It started with 492 hp, which drove this exactly 1.1 meter high devil to more than 320 km / h. 4.1 seconds passed, then the Italian had made the 100 mark. You don’t need to know much more. The bull on the bonnet was not only aggressive, it was terribly fast. The Lamborghini Diablo was the boss on the autobahn : When this flat thing appeared in the rearview mirror, you quickly knew what had been yelling at you so terribly minutes ago.

They wanted to build the fastest production vehicle in the world. That is why chief designer Marcello Gandini had trimmed the successor to the Lamborghini Countach to minimize air resistance. The result was impressive: In tests on the track in Nardo, an incredible 337 km / h were measured – a value that could not be achieved in any other production car and that most customers only knew from theory. The successor appeared in 2001 with the Murciélago.

Today you pay around 100,000 euros for a moderately well-groomed devil. You have to look at the car very carefully, because unfortunately many examples have only been superficially restored in recent years. But if you catch a real, good Diablo, you can be sure that he is riding in a razor-sharp super sports car that was one of the hottest Italians of its time in the early 1990s. However, the fact that this time is over is proven not least by the title with which the super sports car can adorn itself in 2021: It is now officially a classic car.