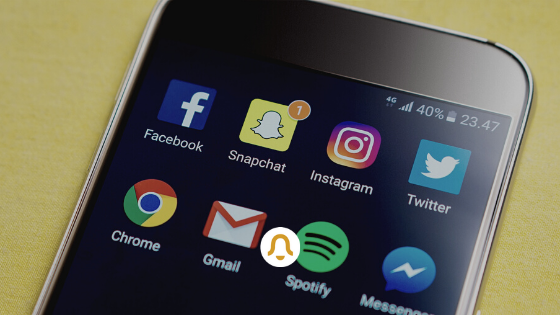 Snapchat’s business continues to do well in the corona pandemic – but Apple’s new data protection measures could slow down advertising revenues.

The Snapchat photo app gained 16 million daily users in the past quarter. Sales jumped 62 percent year-on-year to $ 911.3 million (EUR 759.8 million), while the bottom line was that there were red numbers of a good $ 113 million. In the same quarter last year, the loss was more than twice as high with 240.7 million dollars.

The stock temporarily lost more than eight percent in after-hours trading on Thursday after the forecast for the current quarter had disappointed investors. Co-founder and boss Evan Spiegel pointed out, among other things, that the effects of the planned data protection measures by Apple on the advertising business of Snapchat are still difficult to predict.

Apple will soon let the users of its iPhones and iPads decide whether they want to allow their behavior to be tracked across different apps and services for advertising purposes (tracking opt-in). Facebook boss Mark Zuckerberg recently criticized the plans sharply and accused Apple of unfair competition. Spiegel held back with criticism and spoke of an “opportunity to work with partners and Apple”. The users deserved to be protected.

At the beginning of the Corona crisis, Snap initially saw a significant boost for its business – but then missed its own sales forecast in the second quarter. Business picked up again in the second half of the year. The last 265 million Snapchat users opened the app an average of 30 times a day, as the parent company Snap reported. The number of daily users increased by 47 million year-on-year.

Snapchat was best known for images that disappear on their own, but is now increasingly trying to establish itself as a platform for media content. Snap also relies on Augmented Reality (AR), in which virtual objects on the screen are integrated into the real environment. There could be gimmicks like masks or cat ears – but also the possibility of trying on fashion items virtually, for example. The number of advertisers doubled within a year.