NewsAlarmsGlobal Trends and News
NewsMars probes Tianwen-1 and Hope: Two premieres on the... 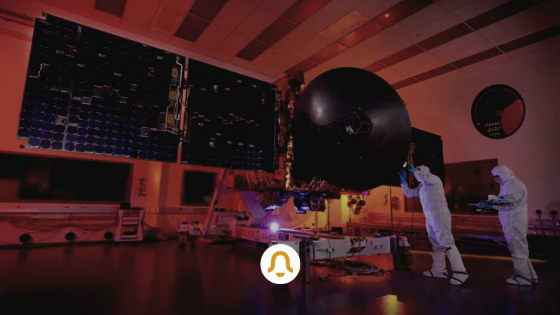 Three space missions reach Mars in February. The US and China want to land. An orbiter comes from the United Arab Emirates.

After an interplanetary journey of around seven months, three missions are scheduled to reach orbit in February. It is a first for two of the responsible nations. These include the United Arab Emirates, whose probe is due to enter Mars orbit on February 9. The spacecraft of the People’s Republic of China is due to reach orbit one day later, but it is not due to land until May. The US wants to land its Mars 2020 mission on the surface of Mars on February 18

Mars is no stranger to the United States. You have already started more than 20 missions for him – even if not all of them were successful. For the other two nations, it will be the first exploration of a strange planet. In contrast to the People’s Republic, the Emirates have hardly had any experience in space.

The Arab way into space

The United Arab Emirates are relatively new to the space business. Although the nation had already been interested in Western space travel in the 1970s, the first company for satellite-based communications was not founded until 1997. The Muhammad bin Raschid space center (MBRSC), which is responsible for building the current Mars probe, was established in 2006. In 2014, the country founded its own space agency, the United Arab Emirates Space Agency (UAESA).

Their first interplanetary space mission finally set out on July 19, 2020. Her Arabic name is al-Amal (Arabic for hope). After around 450 million kilometers, Hope is expected to reach Mars orbit on February 9 at around 5 p.m. (CET). A symbolic success, because the probe should reach Mars before the 50th Independence Day of the Emirates on December 2, 2021. In a few days, those responsible will have achieved their first goal .

However, like the other two, the mission faces a major challenge. Due to the large distance to the earth, radio signals need about 30 minutes for the outward and return route. Control in authenticity is not possible. The spacecraft has to slow down autonomously so that it does not miss Mars. So far the UAESA has not had any real experience in this area. The People’s Republic could at least practice on its moon missions and NASA had already tried out this scenario on previous missions to Mars.

If the braking maneuver is successful, the UAESA can prepare for the actual mission. The exploration of Mars is scheduled to begin in the summer of 2021. In addition to the high-resolution Mars photos, the interplay between the different atmospheric layers and the Martian climate will be explored. This includes temperature measurements, but also the determination of the proportion of water ice in the atmosphere and the distribution of ice clouds, water vapor and dust in the atmosphere. Hope is supposed to collect data for two years. An extension of the mission until mid-2025 cannot be ruled out.

The next nation is expected to reach Mars orbit on February 10th, presumably at 1:01 p.m. (CET). It is the Chinese mission Tianwen-1 (something like “heavenly questions”). In addition to an orbiter, there is also a landing module with a small rover on board the probe. 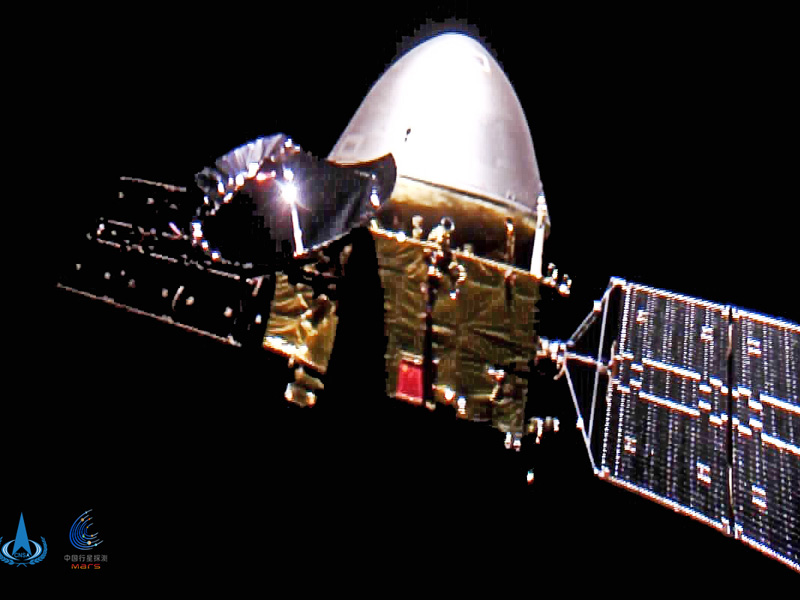 The orbiter should not only measure Mars from space. He should also send the rover to suitable locations for scientific research. There he will then collect and research rock and dust samples. The Mars rover is two meters long and 1.65 meters wide. He is 80 centimeters high and weighs 240 kilograms. Due to the low force of gravity on Mars that is just about 90 kilograms there.

It is the first Mars mission of the Chinese space agency CNSA (China National Space Administration). But she was able to gain experience on the moon’s surface with her Rover Yutu 2 (Chinese for jade bunny). This landed in January 2019 with the Chang’e 4 (Chinese for moon goddess) mission on the earth’s satellite. In December 2020, the space agency brought a rock and dust sample from the moon to earth with the Chang’e 5 mission .

After Tianwen-1 has reached Mars, the exploration of the possible landing sites is due. A lot can go wrong on landing and so far only around 40 percent of all Mars landings have been successful: The landing module could burn up when it enters the atmosphere. If this is not the case, braking in the thin Martian atmosphere will be the next challenge. Even if the CNSA succeeds in doing this, the module could be damaged on landing due to uneven terrain.

To reduce the risk of a failed landing, the CNSA will take a closer look at two areas in the Utopia Planitia region. The region was thought to have been formed by an asteroid impact 4.2 billion years ago. It is located in the northern hemisphere of the planet and has a diameter of around 3,200 kilometers. To cross it once, one would have to travel on earth from Hamburg to Rome and back again.

A fixed date for the landing has not yet been set, but it should be in May. The primary target is on the southern end and the back-up target is in the southeast of the region. The US space agency NASA wants to land its probe in the Jezero crater, which is also located in the northern hemisphere of the Mars. The crater is said to have been formed by a meteorite impact around four billion years ago and is 49 kilometers in diameter. This makes this region roughly the size of Berlin and Paris combined.

The NASA rover Perseverance (English for endurance, stamina) is supposed to go in search of past microbial life in the crater. In addition, Ingenuity (English for ingenuity) will be the first interplanetary flight test of a mini helicopter. NASA’s Mars landing can be followed live on YouTube on February 18 at 9:30 p.m.