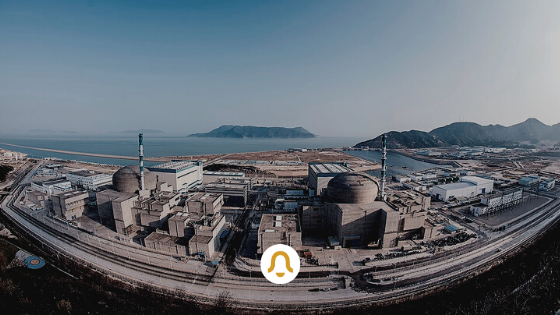 The first pressurized water reactor developed by China itself is now on the grid at the Fuqing nuclear power plant. The HPR1000 reactor, also known as Hualong One, will make China the fourth country in the world, after the USA, France and Russia, to master third-generation atomic energy technology, the operator China National Nuclear Corporation (CNNC) announced.

The Fuqing 5 reactor could generate 10 billion kWh of electricity annually and meet the demand of one million residents. CNNC gives its new reactor a lifespan of 60 years. The fuel, consisting of almost 180 elements, has to be renewed every year and a half.

Hualong One will now be further developed for series production and export, said CNNC boss Yu Jianfeng. The technology could help to achieve carbon neutrality, because it saves 8.16 million tons of CO 2 annually . Two blocks are already being built in Pakistan using Chinese technology.

The first reactor of the type Hualong One was developed as planned and built within five years, it works reliably and safely, writes CNNC . With its double-shell containment and other technology, it meets the current international safety requirements.

The first chain reaction was triggered in the Fuqing 5 reactor in October 2020, and at the end of November 2020 it was synchronized with the grid . December 2015 the construction of Block 6, which is also based on Hualong One, began.

In September 2020 the Chinese government affirmed that it would make its country CO 2 neutral by 2060 . This means that the carbon dioxide concentration in the atmosphere should not be influenced by fuels. The share of nuclear power in the electricity supply in China has so far been less than five percent; 13 nuclear power plants are currently being built there.